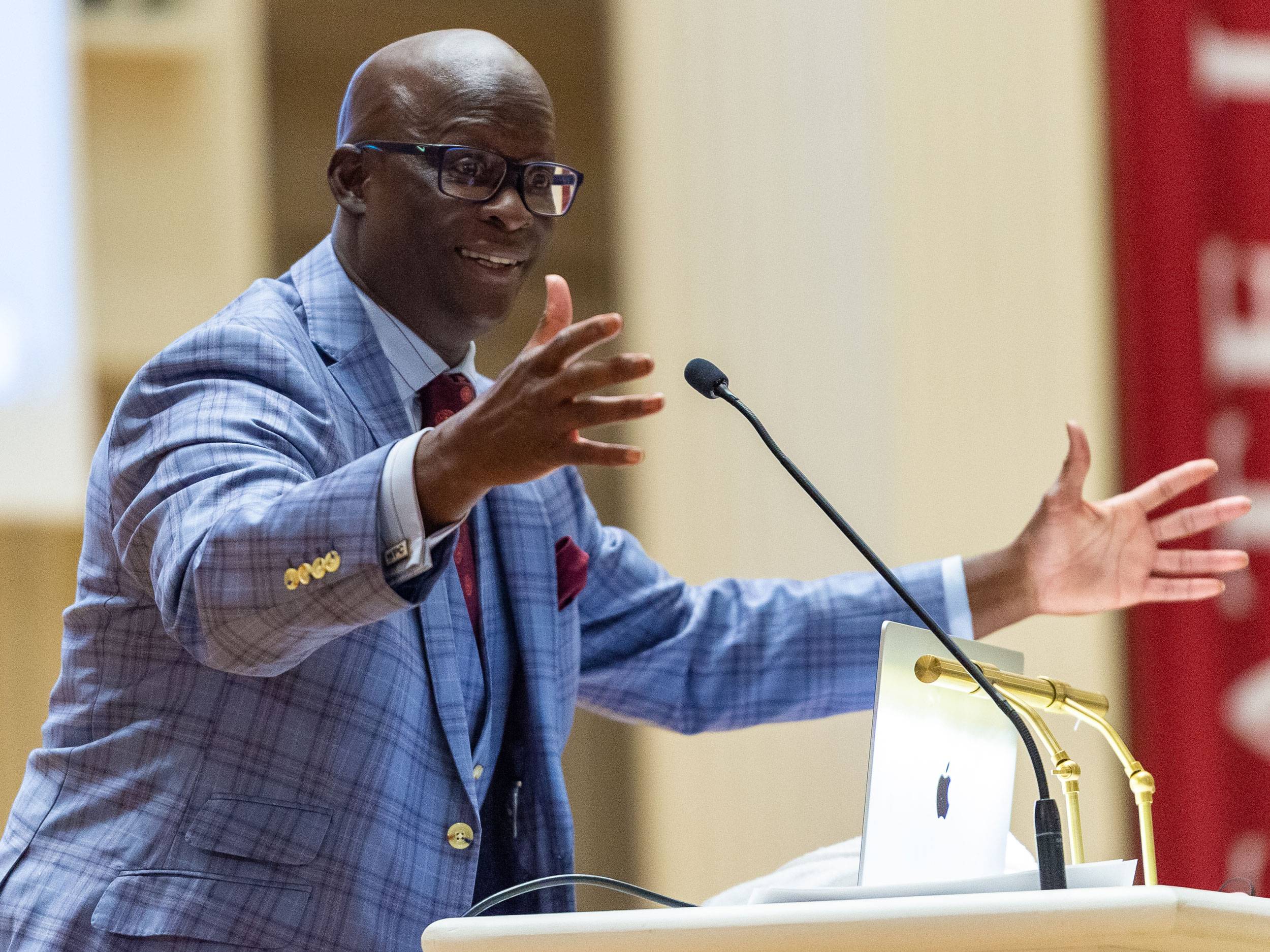 For nearly two decades, Colgate University’s Africana, Latin, Asian, and Native American (ALANA) Cultural Center has organized a week of events to honor the Rev. Dr. Martin Luther King Jr. and his continuing legacy — both at Colgate and in the world.

This year’s celebration included six days of extensive programming, Jan. 24–29, centering on the theme “Legacy Through Unity in Diversity.”

Community members gathered in Memorial Chapel on Jan. 24 for an opening ceremony featuring speeches from Keilani Blas ’22 and Vice President for Equity and Diversity Renee Madison as well as lyrical performances by Grace Darko ’22 and Keiona Williams ’24. Special group performances from a cappella group the Mantiphondrakes and a dance exhibition by the FUSE dance troupe were also featured.

In her speech, Madison described the intolerance and resistance that Dr. King faced during his lifetime and the importance of continuing his work today. “Dr. King challenged us to confront our history, acknowledge our present, and call on our nation’s collective and our individual moral imperative to end structural and systemic oppression against our Black and brown family,” Madison said. “We still fight today.”

In the days following the opening ceremony, a variety of in-person, virtual, and hybrid events further explored Dr. King’s legacy and the continuing struggle for diversity and inclusivity.

Colgate community members engaged in a virtual dialogue with Trustee Emerita Diane Ciccone ’74, P’10 and her daughter, Kali McMillan ’10, in a discussion titled “Preserving Unity Through Spaces.” They noted the impact that cultural spaces such as ALANA and OASIS had on their Colgate experiences — separated by decades yet connected by issues surrounding race and identity — and explored the continuing effect that they have on students today.

“Spaces like ALANA are essential,” concluded Ciccone. “They have grown, and they should continue to grow for the sake of future students.”

In another virtual Q&A, community members posed questions about campus diversity to a panel of student leaders. During a popular discussion about the Disney film Encanto, students discussed the struggles of the characters — including generational trauma, imposed gender roles, and being made to grow up too fast — and shared their connections to these struggles.

In a keynote speech on Thursday, Jan. 27, Dr. Eddie Moore Jr. discussed Dr. King’s continuing legacy and the blight of racism in America today. He challenged the students of Colgate to be the first generation that forgoes personal wealth in favor of social progress and truly transforms America into the nation of which Dr. King dreamed. “NFTS or poverty? Mars or justice?” Moore preached, concluding with a call to action: “I’m passing the baton. Join me in a psychological commitment to end racism in our lifetime.”

Moore was then join on stage by Esther Rosbrook, director of the ALANA Cultural Center and chair of the MLK Committee, for a conversation that drew on questions from members of the Colgate community.

The week ended with a daylong virtual social justice summit between representatives from Colgate and its fellow New York Six Liberal Arts Consortium members; a series of student and faculty-led panels reflecting on social justice and race at Colgate; and an afternoon of service, coordinated by the Max A. Shacknai Center for Outreach, Volunteerism, and Education. Volunteer work took place at the Chenango SPCA, Chenango Historical Society, Earlville Opera House, Hope House, and Johnson Park Center.

“The celebration is always instrumental because, without Dr. King’s work, most colleges or universities may not be the institutions that they are right now,” says Rosbrook. “School segregation might still exist. That’s why we need to organize this annual MLK Week celebration.”