Leading in the Arts Panel Considers Access, Opportunity, and Responsibility 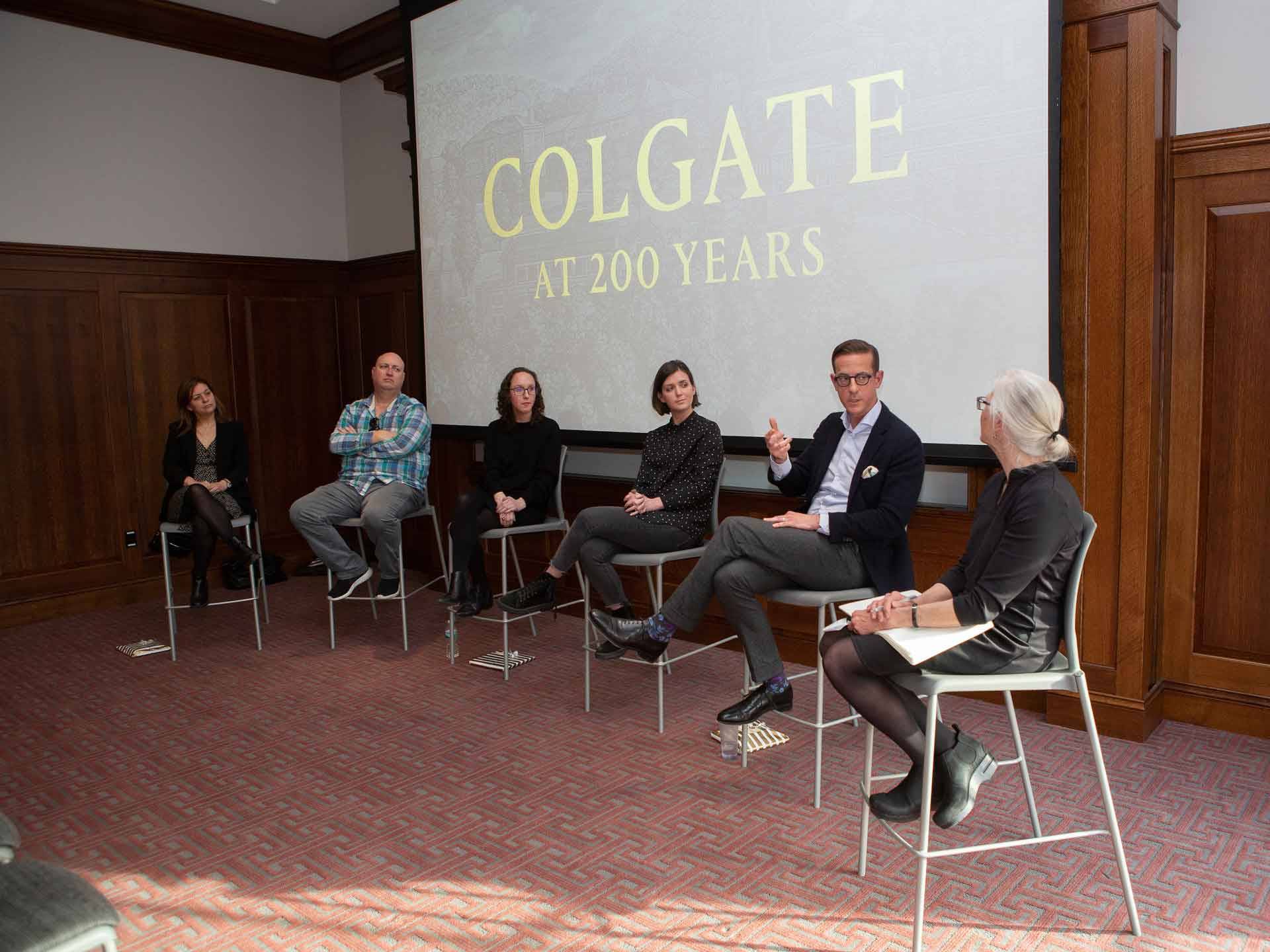 What does leadership in the arts mean to you? How do you consider your audience and the larger public? What are your responsibilities of what to represent? Lynn Schwarzer, professor of art and art history and film and media studies, posed these questions to a group of professionals representing a variety of fields in the panel discussion “Leading in the Arts.”

The panel included Christopher Koelsch ’93, president and CEO of the Los Angeles Opera; photographer and designer Jacqueline O’Neill ’13, founder of the Blockchain Art Collective; Emily Orr ’06, assistant curator of modern and contemporary design at the Cooper Hewitt Smithsonian Design Museum; Cathy Cahlin Ryan P’22, a television actor best known as Corrine Mackey on The Shield; and screenwriter and television producer Shawn Ryan P’22, creator and co-creator of series such as The Shield and S.W.A.T.With each panelist’s unique professional experience providing the lens of their perspective, the dialogue touched upon key things that creative expression can accomplish both for particular audiences and the larger public — with the right leadership. For example, “the purpose of coming together for a live performance is one of discovery, of catharsis, of communal experience, where you can think the big questions about humanity,” said Koelsch. “Access to that is a fundamental human right, so we are all about trying to reduce all kinds of actual and perceived barriers.” Ways to do that, he said, include providing access to pioneering and experimental artists, offering education and community engagement programs, and casting shows with people who mirror the population.

Multidimensional casting is giving us all these new fabulous voices, which is more interesting than seeing the same people over and over.

Picking up on casting choices, Shawn Ryan posited the importance of representation without commenting. After learning at a conference that research showed 70 percent of extras are white men, and hearing a Sikh woman share that she’d never seen someone like her represented other than as exotic, Ryan challenged his assistant director team, who were responsible for casting extras, to be committed to gender and diversity inclusivity. “People in my position have a responsibility to make substantive choices that change who and what are represented on screen,” he said. “We’re trying to represent the world as it exists.”

Technology as a democratizer was another theme of the discussion. “As an actress, I think of access as opportunity, and how we give an opportunity to someone who might not have it?” said Cathy Cahlin Ryan. With so many new cable networks and streaming platforms, she said, “multidimensional casting is giving us all these new fabulous voices, which is more interesting than seeing the same people over and over.”

As an artist whose tech-based collective provides authentication, provenance tracking, and collections management, O’Neill said that putting ideas out into the world is “shaping the future of how you want it to exist. I care about building sustainable and equitable systems.”

Orr said her museum work puts out to the world the notion that “design as a process can be applied to anything. It involves testing out materials, and shape and format, and how it is used. All of that testing, trying, and failing is a way of thinking, and whatever sector you’re in, you can apply that kind of thinking to it.”

“This panel is one of many new efforts we are launching to help students connect their academic focus in the arts with the limitless career paths that welcome their skills and passion,” said Michael Sciola, associate vice president for career initiatives.

While on campus, the panelists also conducted informational interviews with students, participated in a networking luncheon with students, and provided helpful insight about their industries to the career services advising team.

The event was part of Colgate’s Bicentennial celebration of Leadership at 200 Years.