Honoring Veterans Today and Every Day 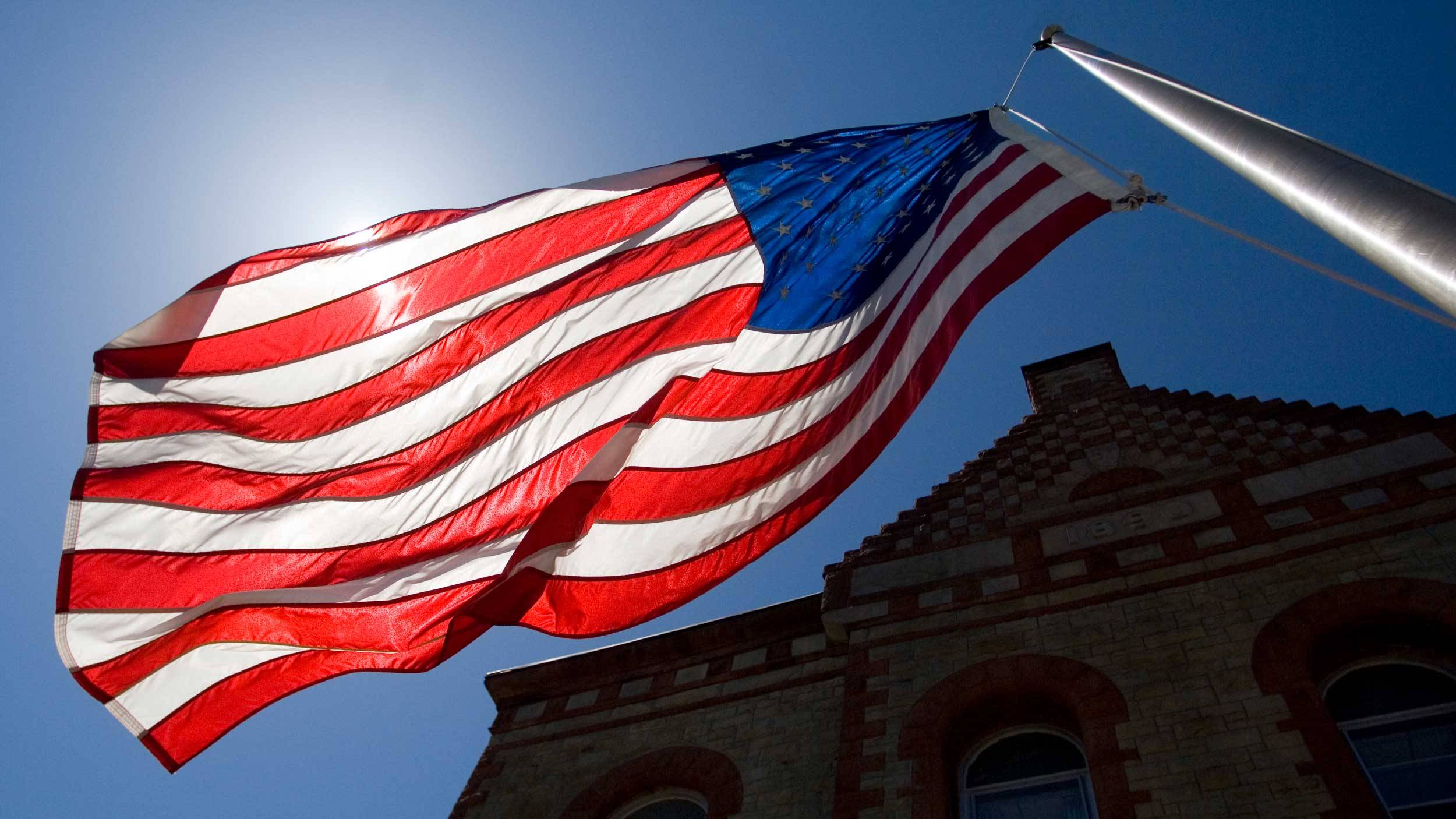 When Joe Hernon started his tenure as Colgate’s new associate vice president for campus safety, emergency management, and environmental health and safety, the master sergeant in the New York Air National Guard noticed one thing was missing: a dedicated group for the University’s active and veteran military members.

Hernon is now working with other veterans on campus to create a new affinity group to bring together military veterans from across campus for comradery and support. This Veterans Day marks their first meeting — a kick-off appreciation lunch.

“The affinity group came up after a conversation with other veterans on campus,” said Hernon, who noted that there isn’t a complete list of everyone who has served in the military at Colgate. “We all acknowledged that it would be great to find ways to support each other with our common experience being veterans working at Colgate. 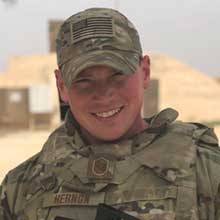 Hernon, who entered the Air Force Reserves in 2004 as an aircraft mechanic, says his time in the service helped to define his career path. After spending several years repairing massive C5 aircraft, Hernon received a degree in criminal justice and got involved in firefighting and emergency management. Ultimately, it was his experience assisting victims of Hurricane Katrina and disposing of hazardous materials in Afghanistan that resulted in his dedication to the profession of emergency management.

Talk with almost any military veteran on campus, and they all share similar experiences of skills, developed in the military, that fit seamlessly into day-to-day operations at Colgate.

“I think a lot of it comes down to leadership and personnel management and interacting with people,” Hernon says. “The Air Force has three core values that I try to instill in my daily life. Integrity first, service before self, and excellence in all you do. Those three values have been a driving force in my life, both personally and professionally.”

While there is no accounting of the total number of military veterans on campus, several veterans shared their stories for this Veterans Day. 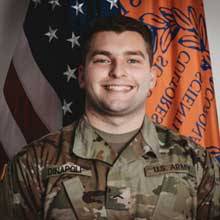 DiNapoli is a history major with a pre-med emphasis from North Reading, Mass., who is a cadet in the Reserve Officers’ Training Corps (ROTC). As the only ROTC member at Colgate, DiNapoli travels to Syracuse each week to participate in training and drills.

“I’m looking forward to serving in the Army after Colgate and hopefully going on to become an Army physician,” DiNapoli says.

DiNapoli says the military’s emphasis on discipline, professionalism, and time management have all helped in his college career.

“There’s a nice balance of learning practical skills that will help you in the real world, in addition to that classroom learning environment, learning from your peers, and learning from your instructors,” DiNapoli says. “I feel I’ve grown as a leader and have really benefited from the class and lab portion of ROTC.”

Before Jeffers became a campus safety officer, he served in the U.S. Army from 1997 to 2013. A combat engineer, Jeffers was trained to open up walls and doors with explosives, assaulting fixed positions, and clearing roads of obstacles.

While his combat training doesn’t come in handy on campus, Jeffers, who retired as a sergeant first class, says his skills related to de-escalation and patience have been critical to his work to help keep the Colgate community safe.

“That’s the type of mindset that you get in the military,” Jeffers says, “being able to talk to people and understand what is going on by being able to see both sides of the problem and searching for a peaceful resolution. I enjoyed the military, but now I’m out and I’m enjoying this even more.” 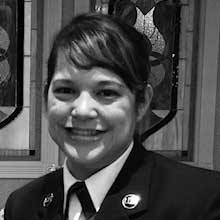 Mara served in the U.S. Army from 1998 until transitioning to the Air National Guard in 2006, where she continued her service until 2018, two years after starting her role as an administrative assistant in the Colgate Department of Philosophy and Linguistics.

In the Army, Mara was a motor transport operator, which would ultimately lead to her year-long deployment in Iraq, where she was tasked with transporting fuel. After leaving the Army to join the Airforce Reserves, Mara became an information manager, responsible for records management, situation reports, and coordinating Air Force readiness reports for the U.S. Department of Defense.

It is her experience putting together those reports that has helped Mara at Colgate, particularly in the organization and compilation of faculty tenure cases.

“My skill set primarily from the Air Force has really crossed over,” Mara says. “I took some of those techniques and concepts from the military and applied them here to streamline things and improve processes. I’m happy to be here supporting Colgate’s goals and our students who are going to be tomorrow’s leaders. I stand by that.” 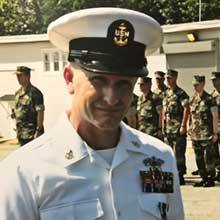 McCoach joined the U.S. Navy in 1980 as part of the Seabees Naval Construction Forces. His original title was Naval Builder, tasked with constructing buildings, repairing railroads, and erecting bridges. The work took McCoach around the world, visiting countries in Africa, Europe, Asia, and South America.

After 27 years, McCoach retired in 2008 as an E8 builder senior chief. His career at Colgate started in 2011 in the facilities department, where he is now operations manager. McCoach oversees the facilities warehouse, central receiving, the mechanics’ garage, elevator maintenance, and all of the kitchen equipment in Frank Dining Hall. McCoach is also responsible for making sure that Colgate adheres to all New York State Department of Environmental Conservation and federal Environmental Protection Agency regulations. He also works closely with Director of Facilities Operations Jason Wallace, who is an active brigadier general in the 416th Theater Engineer Command of the U.S. Army Reserves.

“I’m doing exactly what I did in the military, careerwise, minus the railroad repairs,” says McCoach. “Just like here in the trade shops, you have electricians, you have plumbers, mechanics, equipment operators — it’s pretty much the same thing.”

McCoach says the Facilities Department has about 10 veterans in its ranks, and he says that working with fellow service members is always a pleasure, as they speak the same lingo and have the same dedication to the job.

“There are times, when we’re generally talking, we’ll refer back to our careers and what we’ve done,” McCoach says. “We’ve had boiler operators here who were actually boiler operators on ships.”

On this Veterans Day, President Brian W. Casey thanked all veterans of the armed services on this campus.

“There are many veterans on this campus who continue to help move Colgate forward. The University is thankful for their service, their collaboration, and insight as important members of this community.”