A Grand Night for Singing 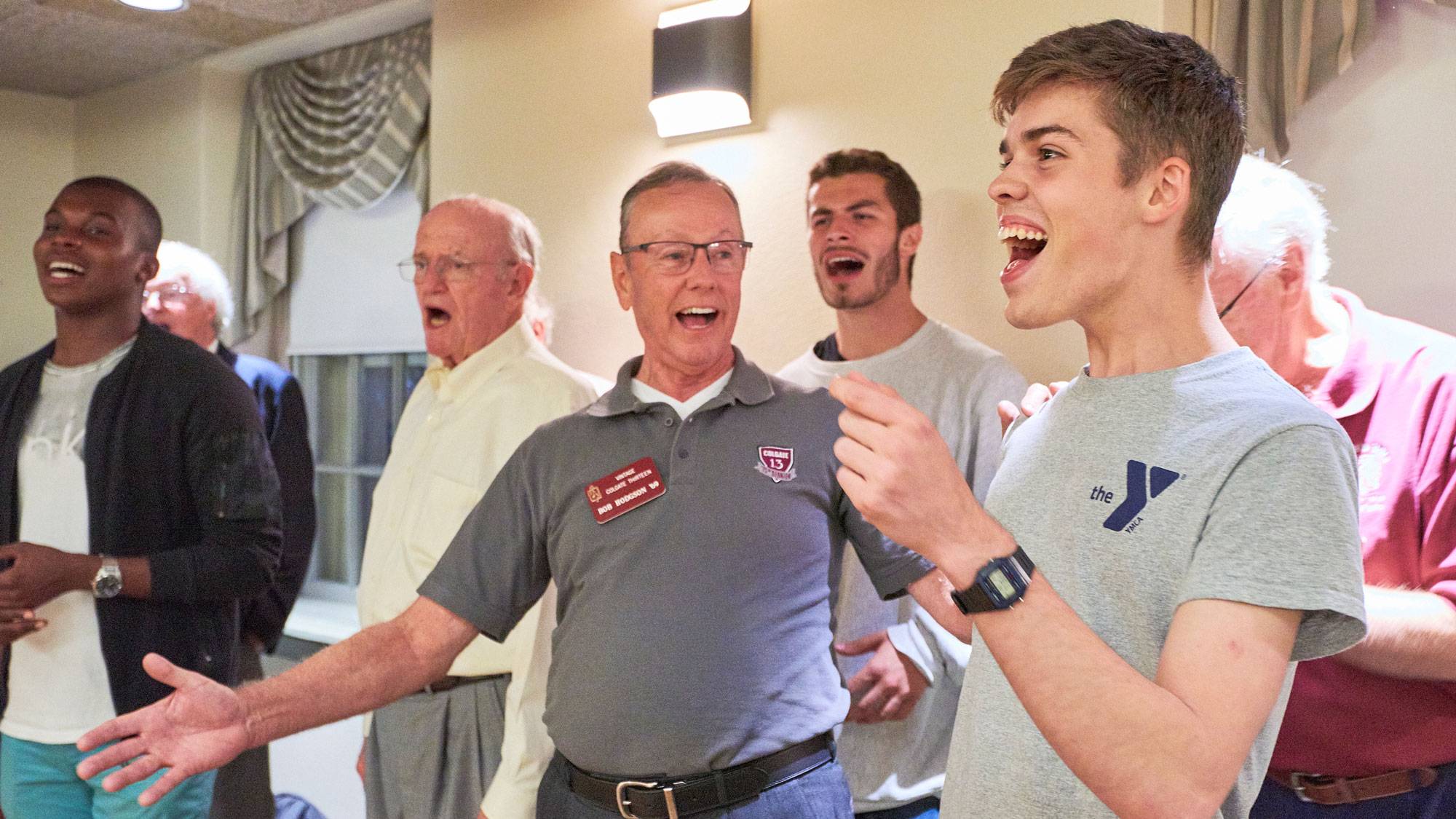 Their voices, old and young, joined together in the cheerful opening chorus of “It’s a Grand Night for Singing.” The singers represented the current Colgate Thirteen and the Vintage Thirteen, who had returned to campus at the end of September.  As the evening continued, James C. Colgate Hall filled with the sound of other classic a cappella renditions such as “Coney Island Baby” and “Carolina.”

The Vintage Thirteen, composed of alumni from the ’60s, came to Hamilton to reunite with each other and to connect with current Thirteen members.

“We aimed to celebrate our years of camaraderie and blend,” says Joe Doolittle ’67, who facilitated the event. The group has been gathering at least annually since 1999.

For Samuel King ’69, being involved in the Vintage Thirteen reflects his investment in the longevity of his beloved a cappella group. “The friendships we’ve developed at Colgate have continued for decades, thanks to the Vintage Thirteen,” he says. “Now, we serve as mentors to current members while watching the group evolve.”

The Vintage Thirteen sang at the Thirteen House and the Colgate Inn tavern, rehearsed with current members in the Hall of Presidents, toured the new campus buildings, and cruised Lake Moraine on a pontoon boat.

Doolittle highlights their time in the tavern as his favorite part of the weekend. “It’s a place of nostalgia,” he says. “It’s where many of us first heard the Colgate Thirteen sing at our freshman activities night. It’s where the Thirteen used to perform at special occasions, like our graduation weekend.”

Jordan Gabbidon ’21, a current member of the Colgate Thirteen, describes the opportunity to sing with alumni as an honor. “I was so interested in hearing about their experiences with the group and learning about how the group has changed over time,” he says. “It’s amazing that we get to share our passion for singing.”