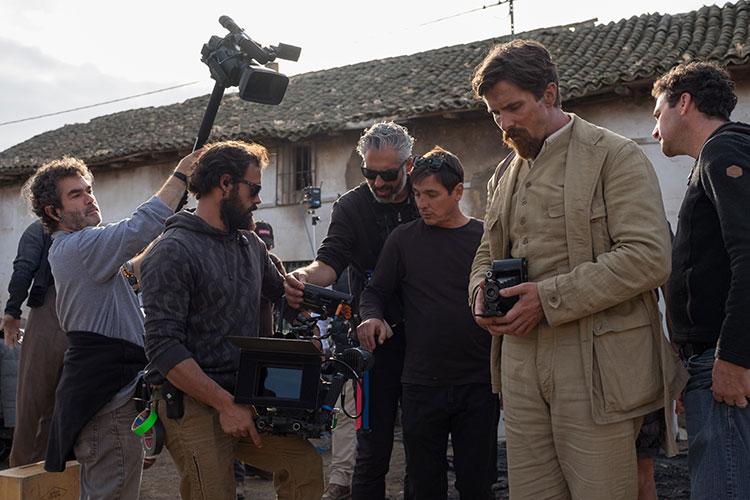 When filmmaker Joe Berlinger ’83 appeared at the Tribeca Film Festival on April 25 for the premiere of his latest documentary, Intent to Destroy, he had another member of the Colgate community by his side: English and humanities professor Peter Balakian, whose class Berlinger had taken years ago. Intent to Destroy takes a close look at the Armenian Genocide and the Turkish government’s continued denial of it. Balakian appears frequently in the film to provide commentary on the genocide’s historical context and the way stories about it have evolved over time.

The film marks a departure from Berlinger’s usual style of documentary filmmaking, where he chronicles events as they unfold in real time, such as in Brother’s Keeper, about an alleged murder in rural New York, and the Paradise Lost trilogy, about three men wrongfully convicted of murder. However, Intent to Destroy still adheres to Berlinger’s core purpose.

“My intention as a filmmaker has always been to seek the truth, especially in circumstances that risk distorting or silencing it,” said Berlinger. “Throughout my career I have used my camera to give a voice to the voiceless, whether it be those caught in an unforgiving judicial system or fighting to be heard from deep within the U.S. penal system, and I hope to bring this same force to Armenians worldwide.” Berlinger developed the idea for Intent to Destroy when he heard about director Terry George’s latest film, The Promise, which was in production at the time. The Promise — starring Oscar Isaac, Christian Bale, and Charlotte Le Bon — is an epic love story that unfolds in the midst of the Armenian Genocide.

Berlinger realized that The Promise was the perfect way to connect the Armenian Genocide to the present. He received permission to embed himself and his crew into the set of George’s film so that he could make a documentary that not only examined the historical and political aspects of the Armenian Genocide, but also considered the challenges faced by people trying to tell these stories today.

“I finally felt there was an interesting way to create a documentary about the subject that would add something new to the existing films already out there,” said Berlinger.

He sought to feature a diverse mix of scholars, historians, and filmmakers in the documentary. Serendipitously, Berlinger’s former professor — Balakian — wrote one of the most seminal books on the Armenian Genocide. What’s more, Balakian’s books provided some of the inspiration for The Promise’s script, although the professor didn’t know it at the time.

“To be able to collaborate with Peter — with his vast knowledge and personal connection to this subject matter — was an exceptional opportunity,” Berlinger said.

Balakian has previously appeared in a number of other documentaries, including PBS’s 2006 film Armenian Genocide, but working with Berlinger was especially exciting.

“It’s always great to see former students go on to be wonderful, successful, creative artists,” Balakian said. “Joe is a superb artist, and this is a very important film. He did an extremely fine job creating a complex narrative.”

Intent to Destroy is playing on the film festival circuit throughout the summer and will have a limited release in theaters in the fall. For updates, check http://joeberlingerfilms.com.