Geography alumni: on the map 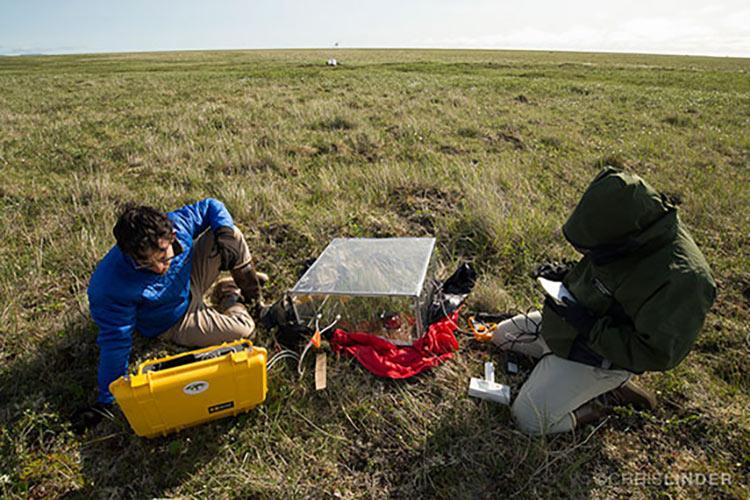 It’s relatively uncommon for alumni to publish their student theses in a professional journal, but even more so when it happens within the same department and in the same issue.

Geography majors Sal Curasi ’15 and Wil Lieberman-Cribbin ’14 did research under the tutelage of Professor Mike Loranty and then wrote their honors theses. Environmental Research Letters recently published the papers, co-authored by Loranty, in a special issue focusing on arctic and boreal vegetation dynamics.

Curasi traveled to Siberia, Russia, with Loranty in the summer of 2014 to research water flow, vegetation growth, and carbon cycling. Supported by the National Science Foundation, Loranty was part of a project designed to take students to the region for fieldwork.

“We picked a research site and turned them loose,” Loranty said. “Sal was the driving force on this project.”

Now in his second year of a biological sciences PhD program at Notre Dame University, Curasi is still researching the topic. “The research I did as an undergrad led me to the position I’m currently in,” Curasi said. “I actually met my graduate advisor at a conference while presenting the research I did with Mike.”

Lieberman-Cribbin ’14, meanwhile, began working with Loranty as a researcher the summer before his senior year. The pair coauthored a paper that focuses on vegetation change and soil in arctic-boreal permafrost ecosystems.

Lieberman-Cribbin is now pursuing a master’s in public health at the Icahn School of Medicine at Mount Sinai in New York City. His current work — using geographic information systems to study lung cancer and racial disparities across New York State — involves similar tools and problem-solving approaches that he used in his research with Loranty.

“These two papers are a really nice illustration of what geography is,” said Loranty. “Sal and I were looking at a pretty small area in northeastern Siberia, but Wil’s research was looking at the entire arctic and subarctic.”

Read more about Loranty’s research — specifically, his expedition across the Alaskan tundra — in the winter 2016 issue of the Colgate Scene.