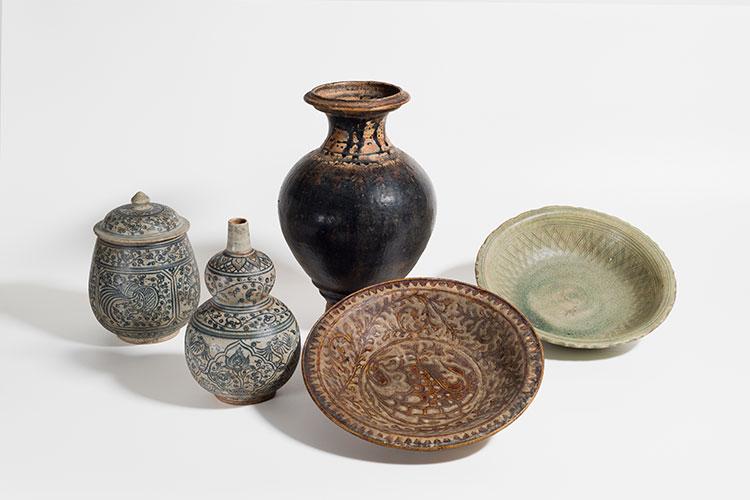 Pottery is one of humanity’s oldest art forms, and the perfection of its techniques has been thousands of years in the making. The exhibition Earth to Fire: Pottery Technologies Around the World, currently on display in the Longyear Museum of Anthropology, sheds light on the various technologies and tactics used by potters from different regions and cultures across the globe.

The exhibition is divided into four sections, each focusing on a different step in the process of creating pottery. Each of the four steps — material selection, forming of clay, surface treatment, and firing — is represented by one or two regions around the world. For example, the exhibition shows how South African Zulu communities shape pottery vessels and how Peru’s Sican and Chimu cultures used reduction firing to achieve a rich black finish.

“We wanted to look beyond the aesthetic qualities of the objects, and take a more functional approach,” explained assistant curator Christy DeLair. “We asked, ‘Why did people make things the way that they did, how did they figure out how to make them the way that they did, and how does that knowledge get passed down?’”

“This was a great chance for me to have firsthand experience on how this process works,” Zhang said. “The formalized approach was very intuitive, and I was able to learn a lot.”

Some anthropology classes have already visited the exhibition, and DeLair works with professors to bring relevant objects into their classrooms. Local K-12 schools are also planning trips to the Longyear Museum this spring.

The Longyear Museum of Anthropology was established in the 1950s by John Longyear, an archaeology and anthropology professor at Colgate. The museum was named after Professor Longyear when he retired in 1978 and remodeled at its current home on the second floor of Alumni Hall in 1985. Today, the Longyear Museum’s collections include more than 20,000 archaeological, ethnological, and contemporary art objects from Africa, Asia, Oceania, Europe, and North and South America.

Earth to Fire: Pottery Technologies Around the World will run from January 31 to June 4. Admission is free and open to the public.