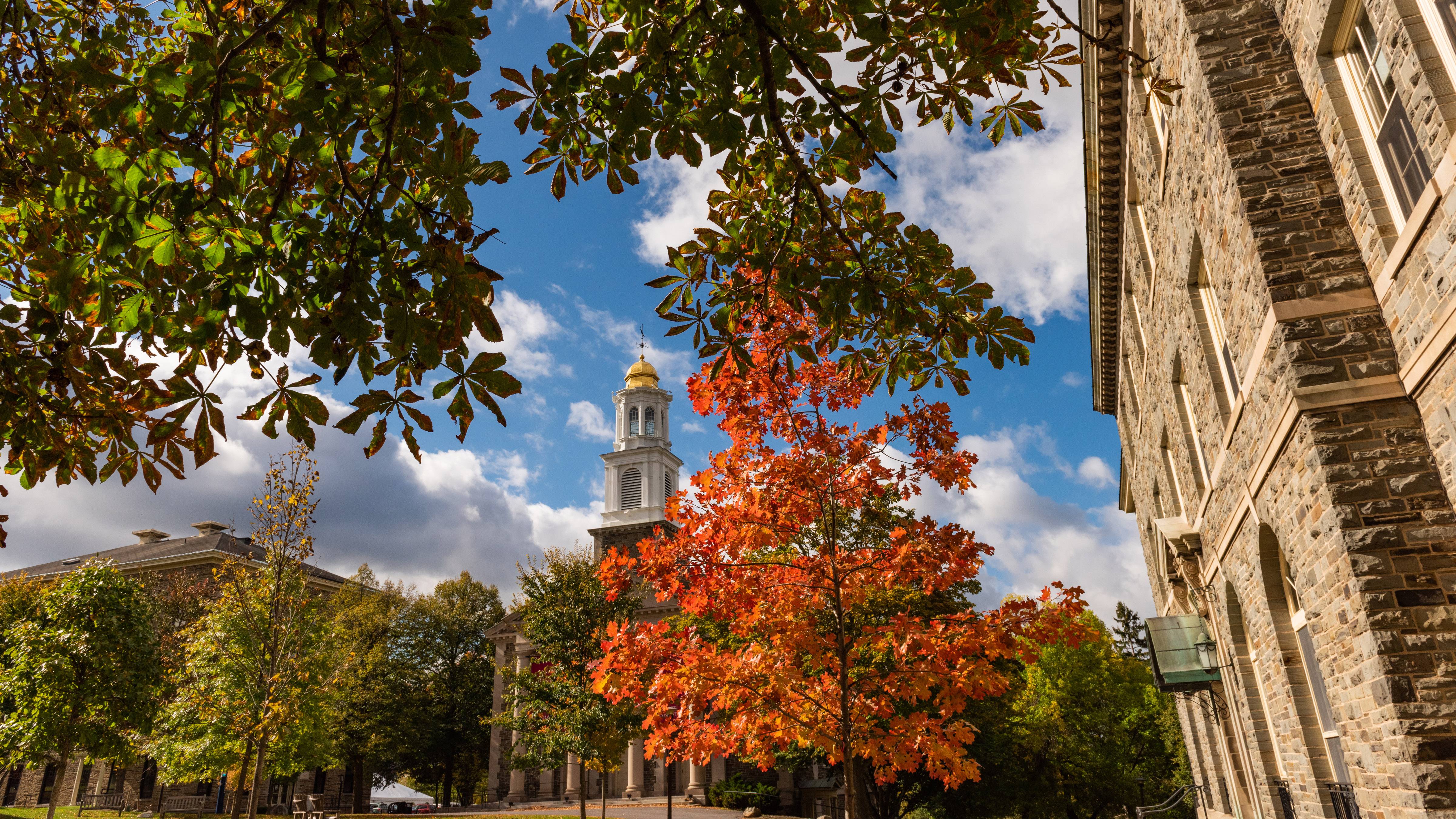 Founded in 2020, the University’s First@Colgate program provides essential services to first-generation students and their families.

Thanks to a generous $2.5 million gift from Giovanni ’94 and Maree Cutaia to endow the program’s directorship, more than 450 undergraduates will have increased access to resources they need to make the most of their Colgate experience.

“My wife and I are first-generation college students,” says Cutaia, a member of the Colgate University Board of Trustees and global head of real estate asset management at Blackstone. “We’ve been inspired by Colgate’s commitment to get people of all backgrounds to our campus and hope our investment will help accelerate programming that contributes to the outcomes.”

Inaugural director RaJhai Spencer has played an integral role in developing First@Colgate’s pre-orientation and academic-year programming. In addition to her role with First@Colgate, Spencer is also an administrative dean to members of the University’s Office of Undergraduate Studies (OUS) Scholars program, Hancock Commons, QuestBridge Scholars Network, and athletic teams.

“Sometimes when you’re a first-generation student you feel like you don’t belong,” says Spencer, herself a first-generation college graduate and former senior associate director of Florida State University’s Center for Academic Retention and Enhancement. “We want to create a sense of home and belonging by exposing students to as many resources as possible. We want to help make introductions to faculty, staff, and their peers early so they can live out their dreams and thrive on this campus and beyond.”

During First@Colgate’s pre-orientation program, incoming first-generation students engage in peer mentoring with current first-generation Colgate undergraduates and attend panels composed of administrators, faculty, and current students that touch on areas including study tips, identity, and engaging in research. Students are also given the opportunity to explore and learn about services and resources available through various campus partners and offices.

Programming offered by First@Colgate during the academic year is designed to help first-generation students acclimate to life at Colgate and build a sense of community. In addition to continued advising and support, the program highlights research and internship opportunities for first-generation students, promotes leadership and formal mentoring opportunities, and holds social events that include dinners, study groups, and game nights.

As part of Colgate’s Third-Century Plan, the University strives to attract and support outstanding students from diverse backgrounds. “I think it’s really important we invest all the efforts we can into diverse and inclusive initiatives,” says Spencer. “Having a diverse population on campus brings different perspectives into the classroom. It helps students understand experiences outside of their own which makes them better scholars, better [future] employers and entrepreneurs, but most importantly, better citizens.”

Underscoring this truth through action, the Cutaias have also lent support to various initiatives through the Cutaia Family President’s DEI Discretionary Fund. Established in 2020, the fund supports several programs that help students of color and low-income students pursue summer internships and applications for graduate school or national fellowships. The Cutaia Family fund has also allocated resources in support of ALANA Cultural Center programming and student-developed DEI efforts across campus.

Through these investments, “we want to find a way to ensure [first-generation] students have the most meaningful experience,” says Cutaia. “We want them to feel included and feel like they have an equitable experience that allows them to flourish and accomplish amazing things.”