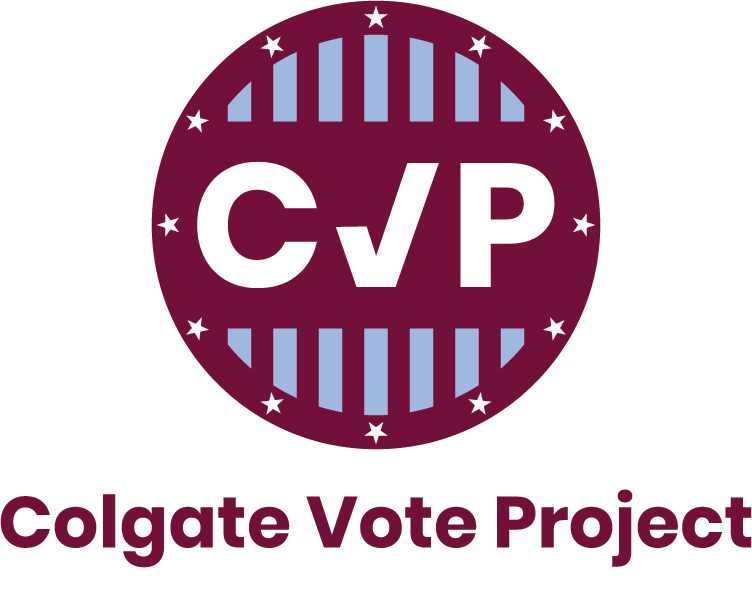 Historically, young adults have the lowest rate of voter turnout of all groups. In 2016, only 48% of Colgate students voted. The Colgate Vote Project — a student volunteer organization — hopes to change that.

Supporting all students, regardless of party affiliation or understanding of politics, the project generates an on-campus environment that encourages political activism and participation of any kind. Co-presidents Sarah Shahidi ’21, Ellie Schonberg ’21, and Eliza Lloyd ’22 led a phone drive on National Voter Registration Day, navigating students through the process of applying for absentee ballots as well as locating polling stations.

Voter registration serves as the first step in the voting process and prompts newly eligible voters to consider what they wish to see in the government, Shahidi explained.

“This year more than ever, young people are motivated to vote and make their votes count,” she said. “We hope that this enthusiasm continues to grow as we get closer to November 3, and that students will make it a priority to vote this year and every year following in presidential, federal, and local elections.”

The project reached 92 students through the phone drive, and it has followed up with other programming — including virtual visitations to more than a dozen classrooms to pitch voter registration as well as a collaboration with Brown Commons on a discussion of the Netflix documentary Knock Down The House.

For Lloyd, these events strengthen political engagement and facilitate valuable conversations. “We want students to be able to experience various political influences during their time at Colgate,” she said. “They may not agree with everything they hear, but it is important for students to be able to understand the arguments of others and their own personal reasons for believing something else. Even though our main goal is to increase voter turnout and streamline the voting process, we use these collaborative events as a way to encourage Colgate students to be educated.”

Max A. Shacknai Center for Outreach, Volunteerism, and Education (COVE) Director Jeremy Wattles emphasizes the role of justice-oriented citizenship. Because voting is an essential element of democracy in the United States, the project intends for students to recognize the voice and the power they have when casting their ballot.

“I hope that opportunities like the Colgate Vote Project push students to think critically about balancing their academic and personal ambitions with their responsibility to the community around them,” Wattles noted. “Being a citizen means being engaged and civically educated.”