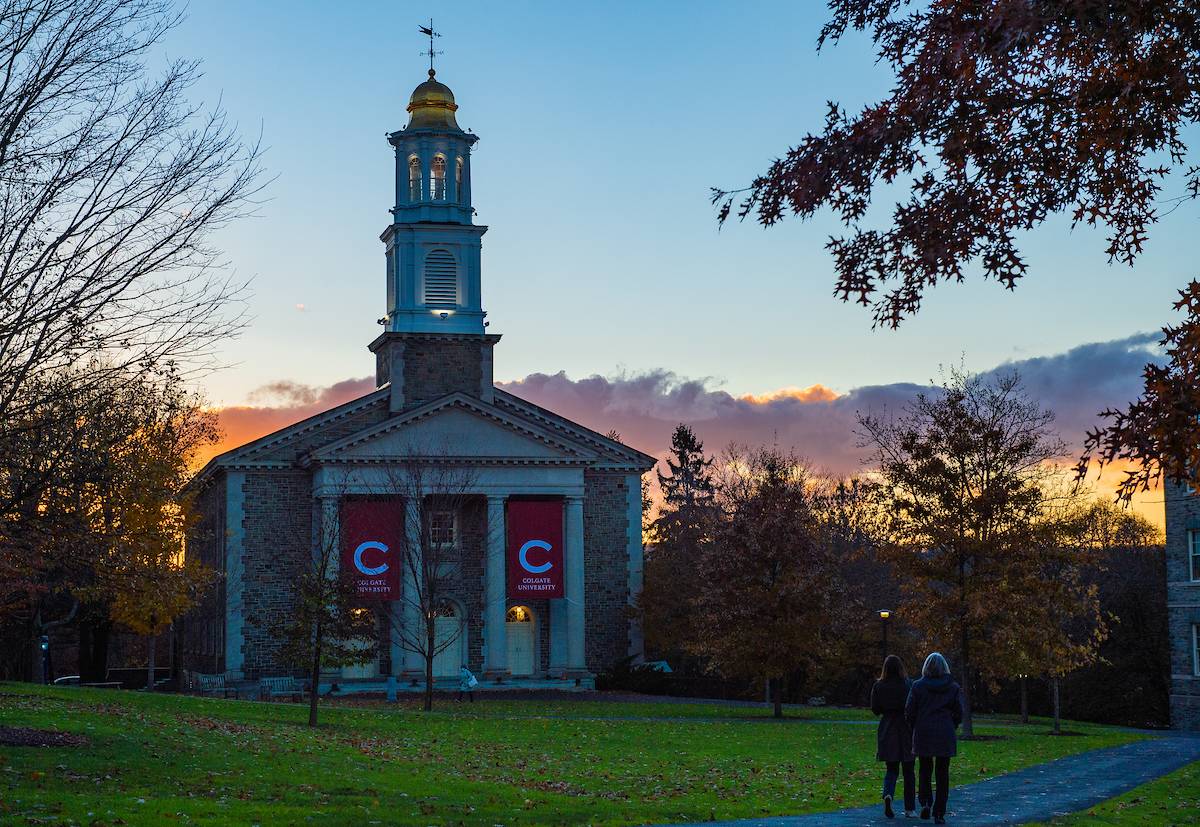 All Colgate students from families with annual income levels up to $175,000 will have federal loans replaced with University grants as part of the Colgate Commitment, beginning in the 2023–2024 academic year — an expansion from the current income threshold of $150,000.

In addition, students on financial aid will have their aid packages expanded to meet the average cost for textbooks and other academic expenses as part of Colgate’s efforts to reduce the financial burden on students with financial need.

The Colgate Commitment first launched in 2020, and is an essential piece of the University’s Third-Century Plan. Its expansion reflects Colgate’s continued pursuit of the robust future that the plan sets forth.

“This is the next phase of the University’s long-term initiative to increase student access and affordability, supporting Colgate’s efforts to recruit the most talented students,” said Colgate President Brian W. Casey.

This is the second expansion of the Colgate Commitment. When it first launched, the income threshold for families was $125,000. That was increased a year later in 2021 to $150,000.

In total, since the launch of this Third-Century initiative, Colgate has added several million dollars in new student support, resulting in a total annual financial aid budget of $76 million. These additional investments in Colgate students have been made possible by the remarkable support of Colgate alumni, parents, and friends as well as through direct investments made by the University within Colgate’s operating budget.