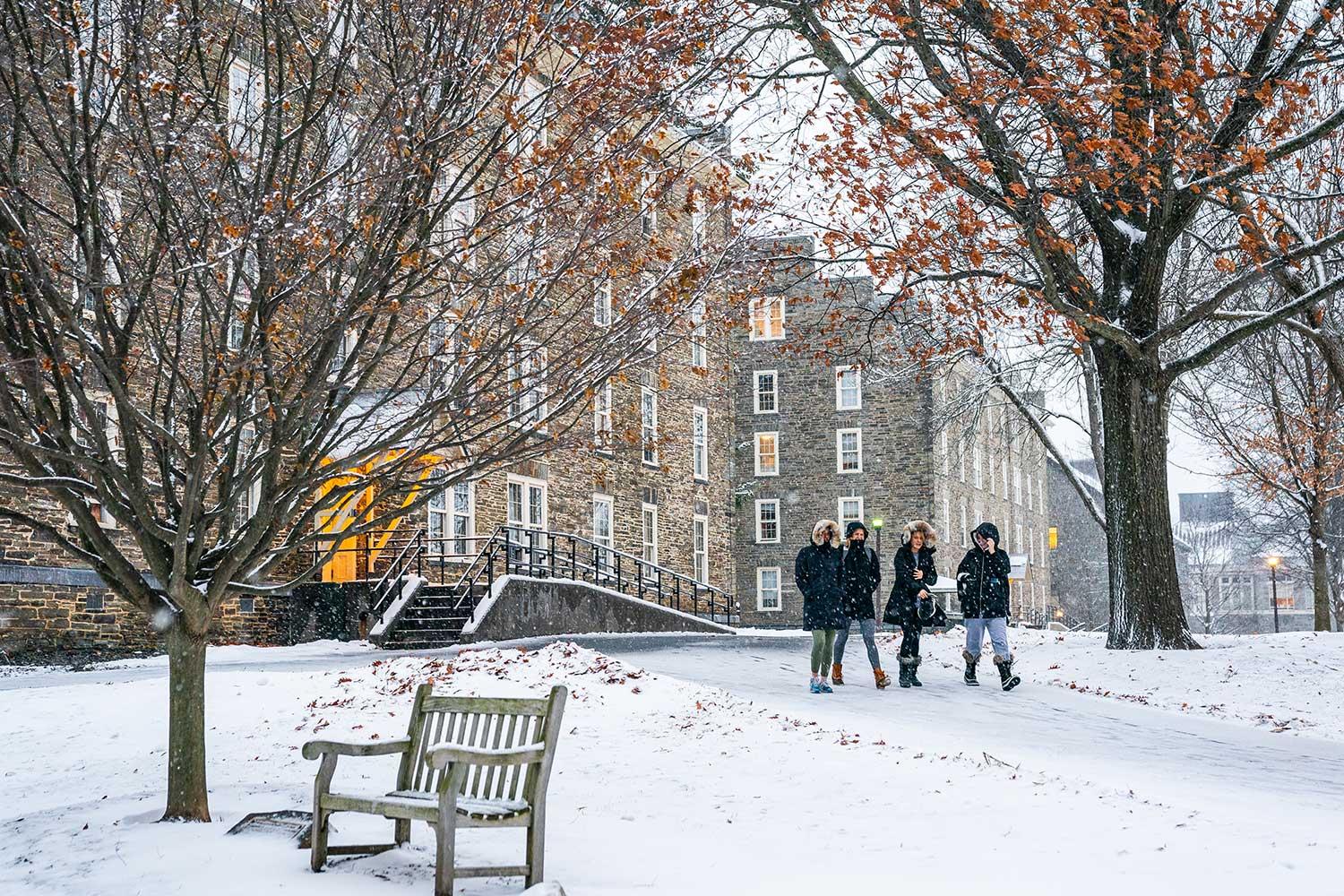 It is a record year for applications to Colgate.

Applicants to Colgate this year set an all-time record, both in the number of applications submitted and for the strength of their collective academic profile.

As of January 24, 9,904 students have submitted applications to join the Class of 2023, a 2.5-percent increase over the same time last year. In addition, the commonly viewed measurements of academic performance have all increased among applicants.

“It’s already an all-time record for Colgate,” said Vice President and Dean of Admission and Financial Aid Gary Ross ’77. “We have also increased applications from areas that were traditionally outside of where most students came from the in past. I’m delighted that Colgate continues to be a place that high-ability students are eager to consider for an outstanding education.”

Even more impressive, Ross said, is that these historic application numbers come on the heels of last year’s record-breaking application season.

“In many cases, these regional increases coincide with the census changes in our country. It’s also reflective of our activities in areas where we have increased outreach,” Ross said.

International applications increased by two percent this year, even as applications from China and South Korea were down slightly from previous years, Ross said.

“India was up by 30 percent,” Ross said, adding that application numbers from Uzbekistan, Kazakhstan, and Australia have also seen major growth.

Associate Dean of Admission Drew Riley said he thinks the application growth can be tied to new staffing in the Office of Admission, which has led to strategic outreach and increased visits to events held by local community-based organizations and college fairs.

“It’s exciting. There have been full rooms of students everywhere I travel,” Riley said. “Even as we expand travel into new territories and markets, the Colgate brand is strong. I think Colgate has clearly increased its name recognition, and we have a very clear value proposition in terms of the outcomes, the academics, and the success of our alumni.”

Admission decisions are scheduled to be released at 1:13 p.m. on March 23.