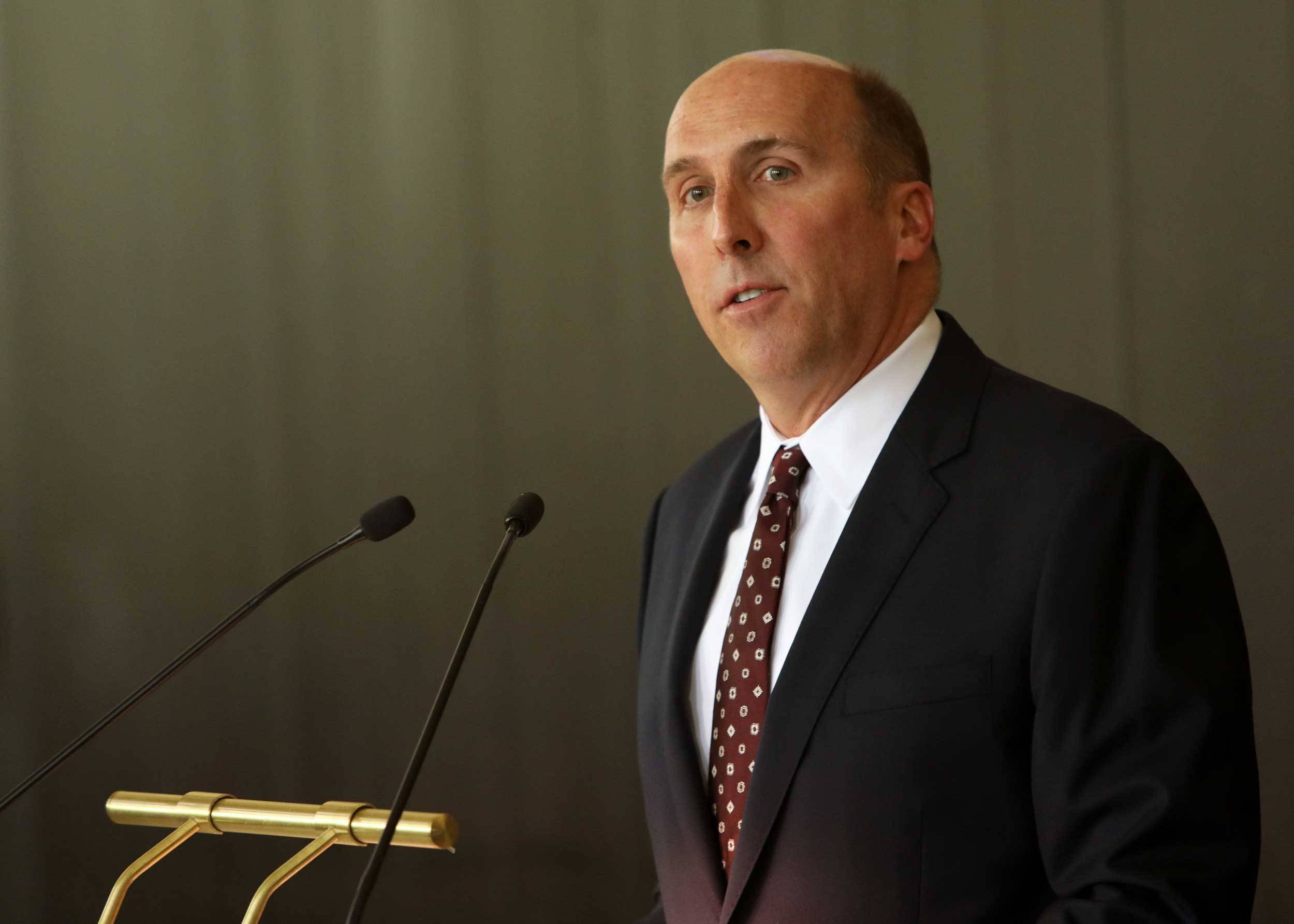 The Colgate University Board of Trustees unanimously voted on May 2 to extend President Brian W. Casey’s contract through 2026.

“President Casey’s leadership and vision for this historic University have had a profound impact on this campus and throughout the ranks of our alumni,” said Michael J. Herling ’79, P’08,’09,’12, chair of the Colgate University Board of Trustees. “As we navigate new and unprecedented challenges facing our world, President Casey has shown steady leadership with a caring hand, always firmly focused on the safety and well-being of our students, faculty, and staff. Colgate has thrived during his tenure. The board is honored to extend his contract, and we look forward not only to addressing current challenges but also shaping a strong future for the University with him.”

Casey, who started his tenure as Colgate’s 17th president in July of 2016, has led the University through a series of initiatives and major construction projects, including the openings of Benton Hall — Colgate’s new home for Career Services, national fellowships and scholarships, and Thought Into Action — and new residence buildings Burke Hall and Jane Pinchin Hall.

The path forward at Colgate is also now guided in part by the University’s recently adopted Third-Century Plan, which was crafted with input from the University’s faculty, staff, students, and alumni. Many of the initiatives outlined in The Third-Century Plan are already underway, including increased faculty research support, a Diversity, Equity, and Inclusion plan now in development, and long-term plans to build nation-leading academic programs in Mind, Brain, and Behavior as well as Arts, Creativity, and Innovation.

In addition, Colgate has launched a new No-Loan Initiative, eliminating federal student loans for all students with family incomes under $125,000, starting in the fall of 2020.

“I am truly humbled by the opportunity to continue working with the Colgate faculty, the staff, and the board in shaping the path forward for this University in its third century,” said President Casey. “We are faced now with incredible challenges. But we will preserve and ultimately strengthen Colgate’s core mission of teaching and research. And I fully believe the University’s reputation for academic excellence will continue to grow as our students and faculty work to answer the most pressing questions of our day.”

Casey has also been instrumental in leading a series of fundraising initiatives. One recently concluded effort, from December 13 to December 31, dubbed the Bicentennial Challenge, generated more than $3 million for the University’s Colgate Fund.

After completing a law degree at Stanford University and practicing law for several years, Casey transitioned to higher education upon earning a PhD from Harvard University in the history of American civilization, focusing specifically on the history of American higher education and American intellectual history. Casey has served as an assistant provost at Brown University, an associate dean for academic affairs at Harvard University, and he was the 19th president of DePauw University until starting his role as Colgate’s 17th president on July 1, 2016.