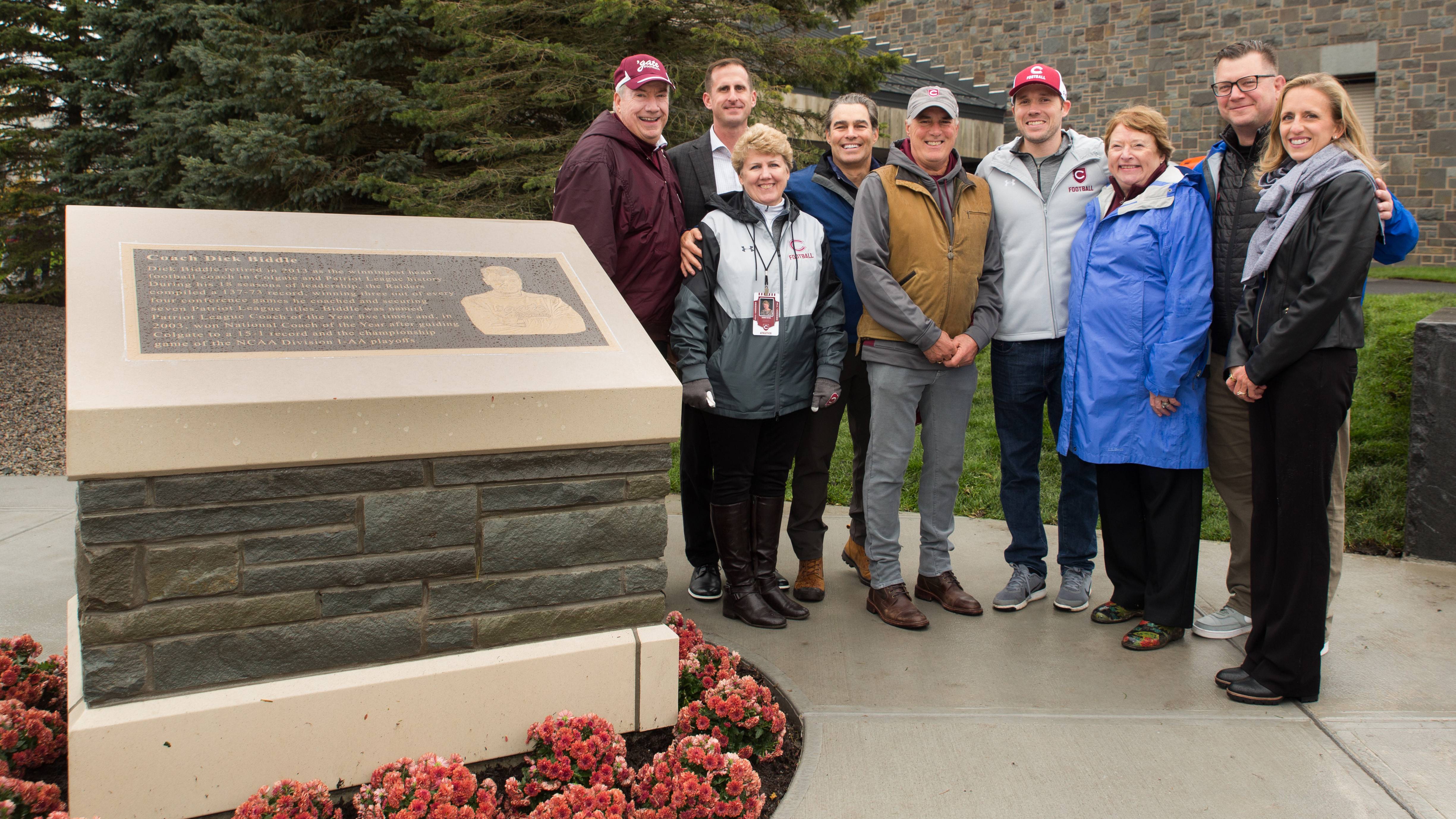 Colgate University invited alumni, friends, and family to campus for the dedication of Biddle Way, Biddle Plaza, and the Dick Biddle video board at Andy Kerr Stadium on Oct. 30.

Named for the Raiders’ long-time head football coach Dick Biddle, Biddle Way and Biddle Plaza will serve as the centerpiece for the program’s pre-and-post game festivities. The 2,000-square foot plaza, located at the southeast end of the stadium, includes amphitheater-style seating that can be used as a gathering space for fans. It also features a monument acknowledging Biddle’s accomplishments.

Biddle Way is the newly dedicated pathway that runs adjacent to Sanford Fieldhouse and serves as the route the football team walks from the locker room to their new game-day entrance through Biddle Plaza. The stadium’s state-of-the-art video board, first unveiled in 2019, will now also bear Biddle’s name.

“Colgate is about people, and Coach Biddle was such an authentic person,” says Tom McGarrity ’79, a former Maroon Council president who helped spearhead the project. “I’m happy to see it come to fruition. I love the fact that it’s going to be a tradition for the football team to come through here. This area will take on a real special reverence for our players and alumni, and will be a multifaceted space for the program to use.”

“Those of us who were lucky enough to play this amazing sport had many great coaches – but for a lot of us here, none compared to Coach Biddle,” says Caravetta. “We love Coach Biddle not only for turning the program around, but for the things he said to us on and off the field. He always tried to make you a better player and a better person.”

“Through Coach Biddle’s expertise, passion, and dedication to his staff and players, Colgate is one of the winningest programs in Patriot League history,” says Moore. “It is to Coach Biddle that we express our greatest thanks for making Colgate a home of champions.”

More than 100 donors contributed to the effort to pay tribute to Biddle. The project’s lead donors will be recognized with a plaque on the monument in Biddle Plaza: 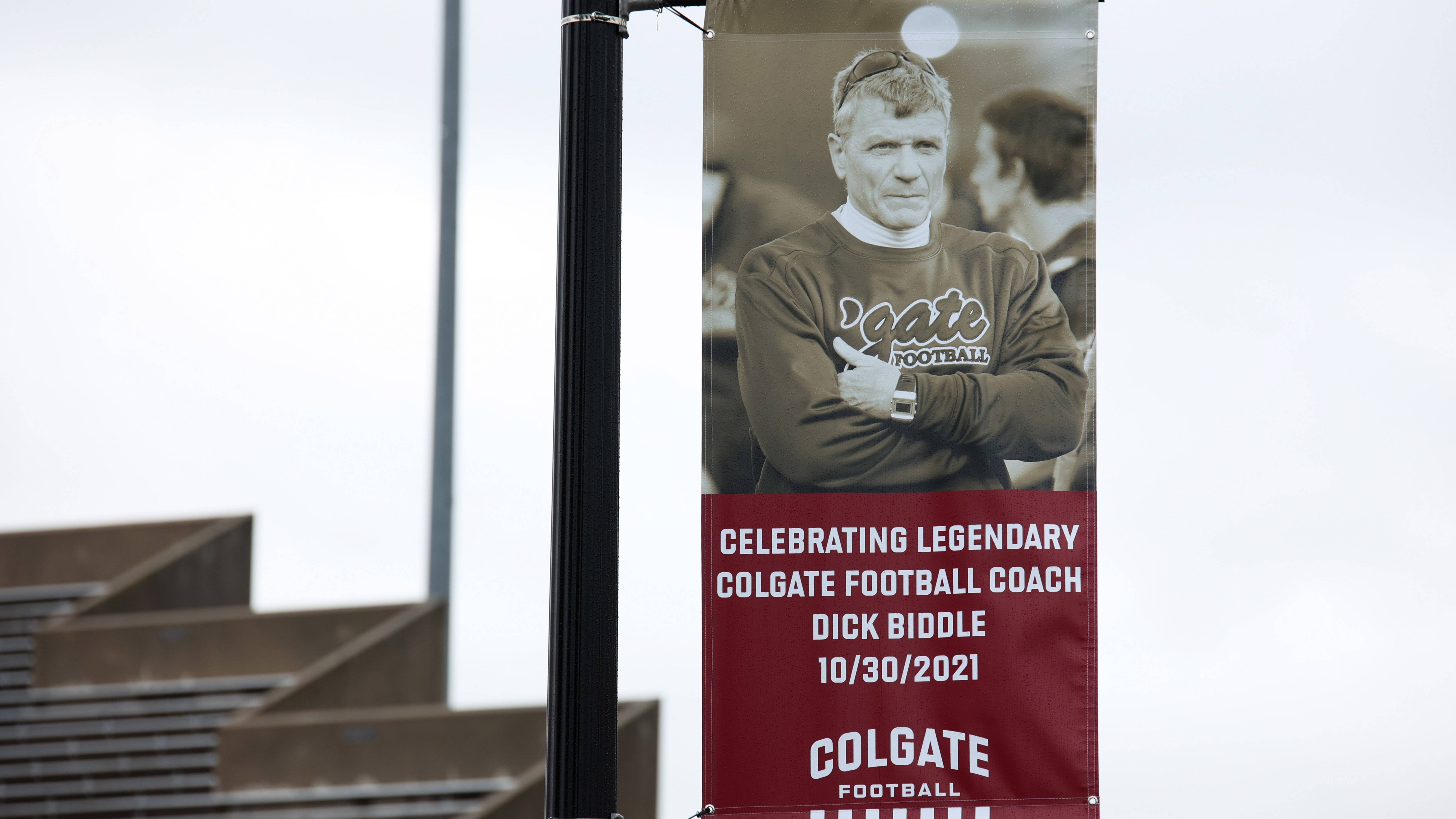 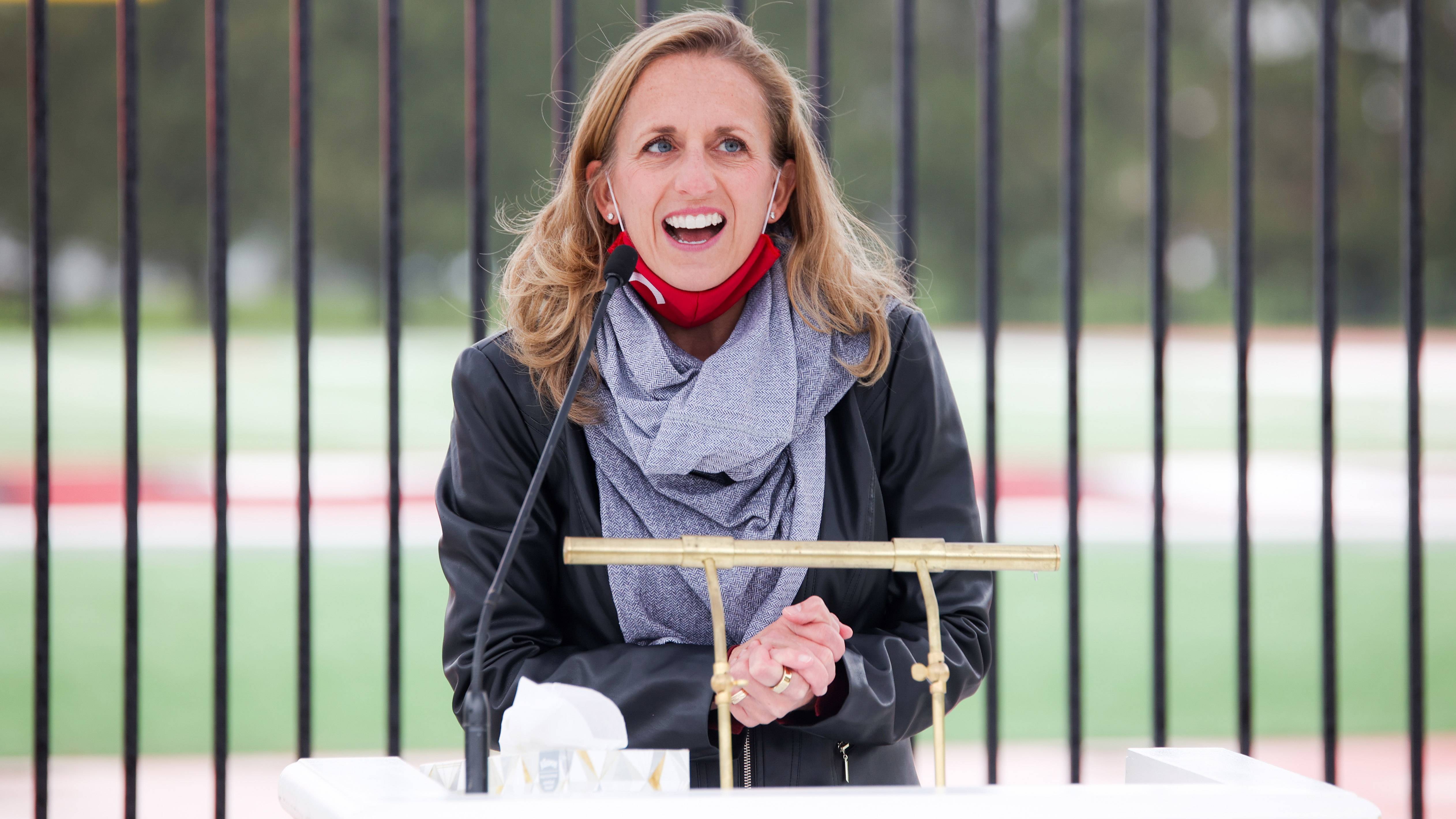 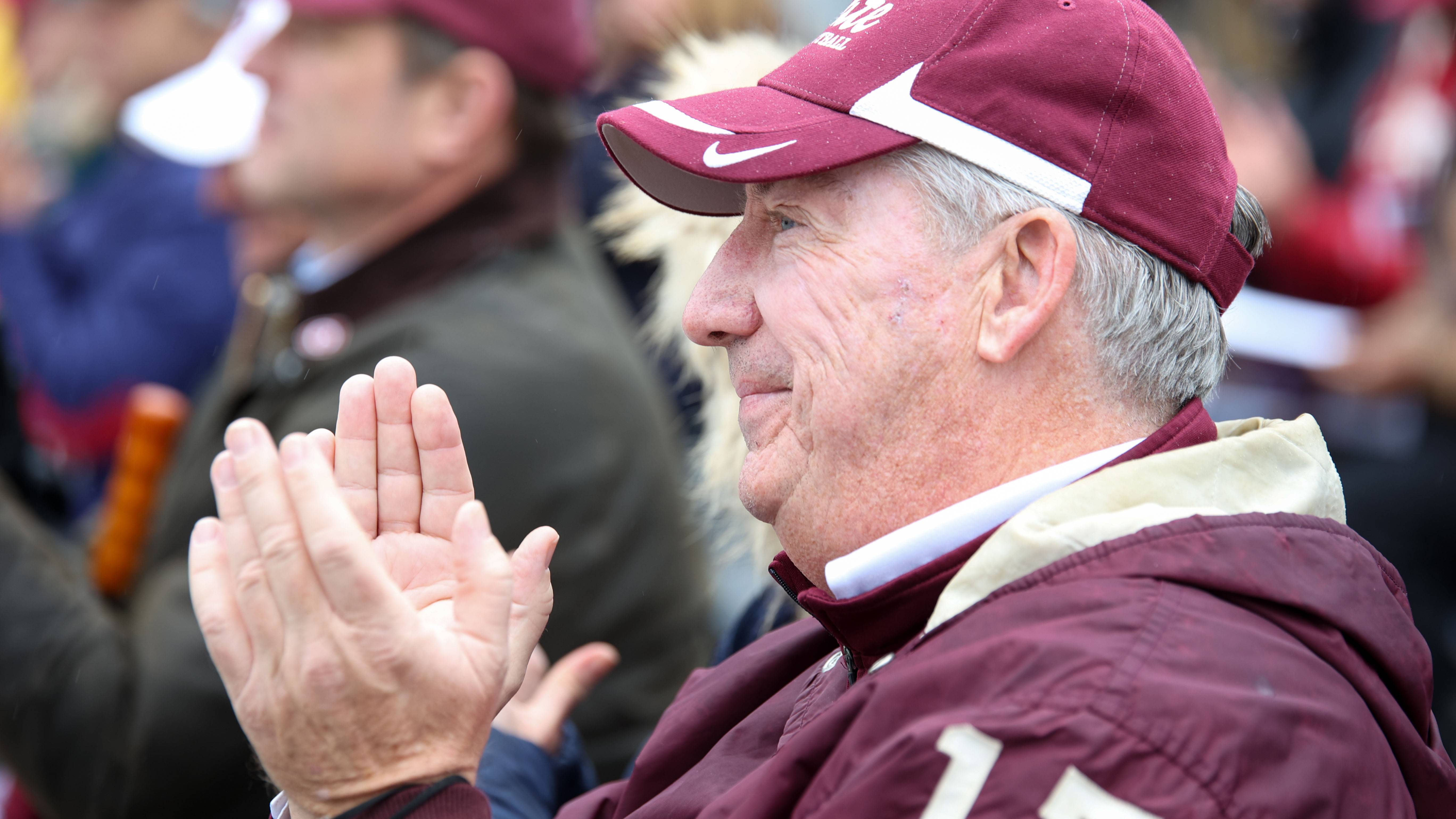 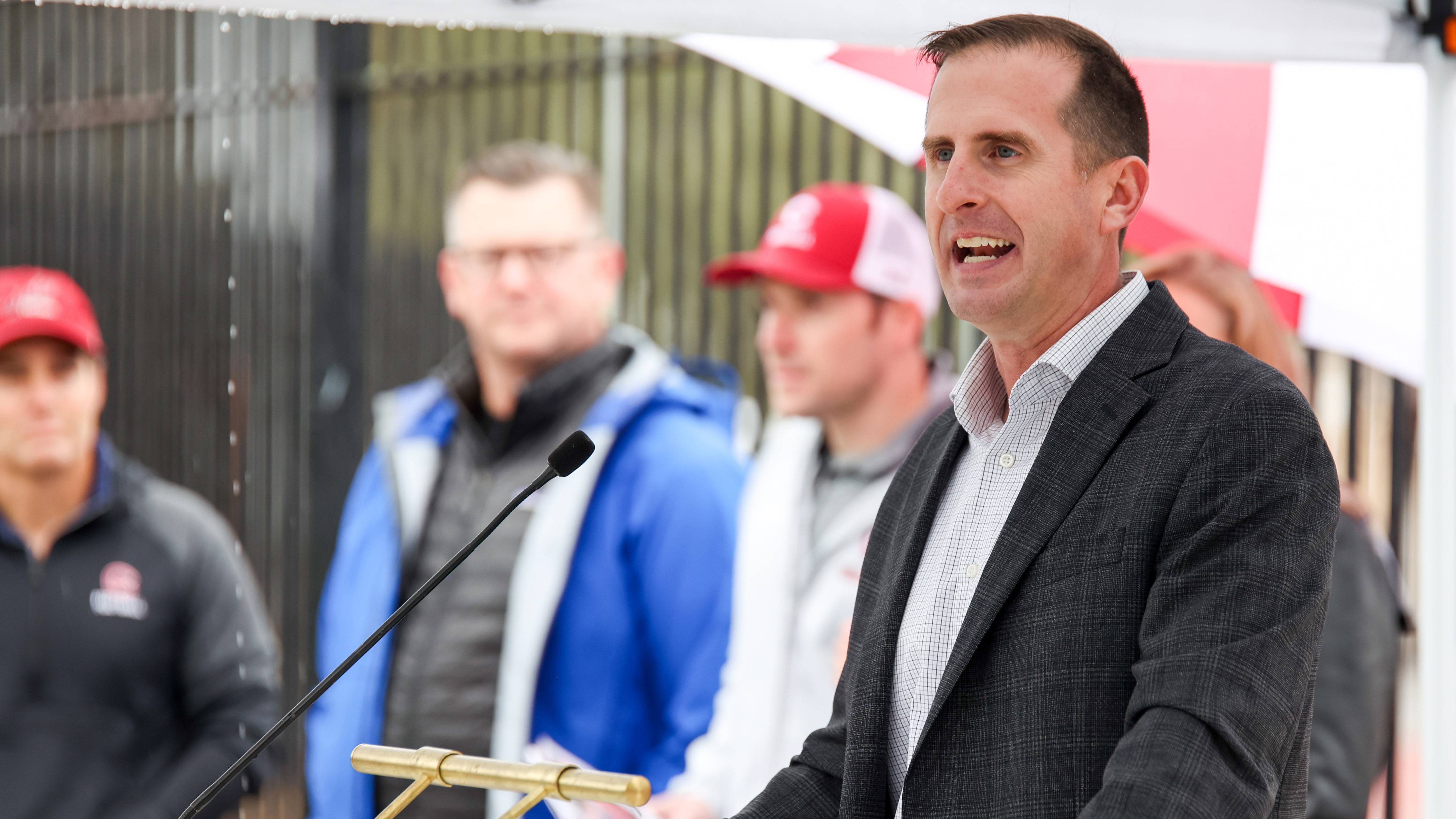 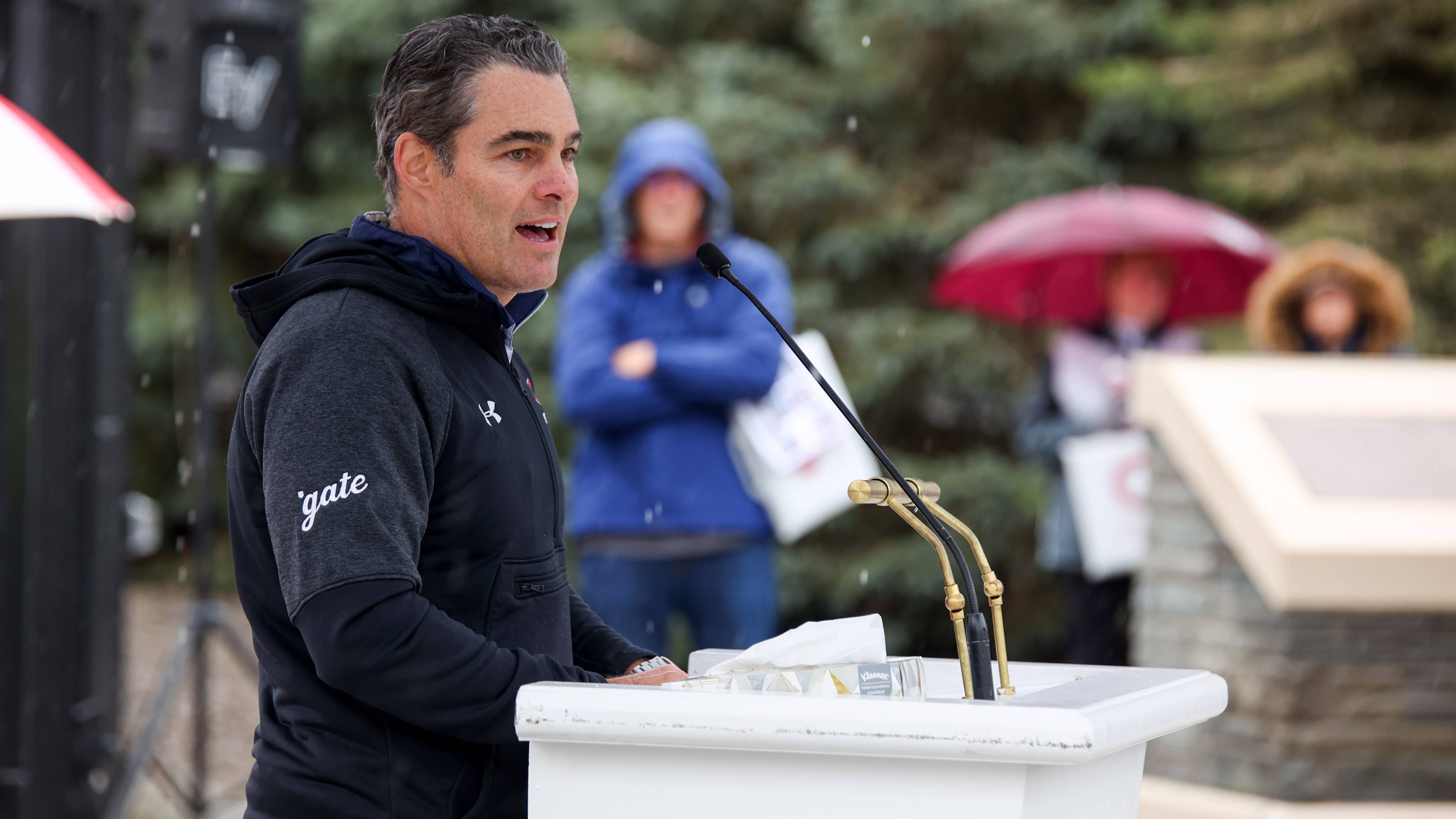 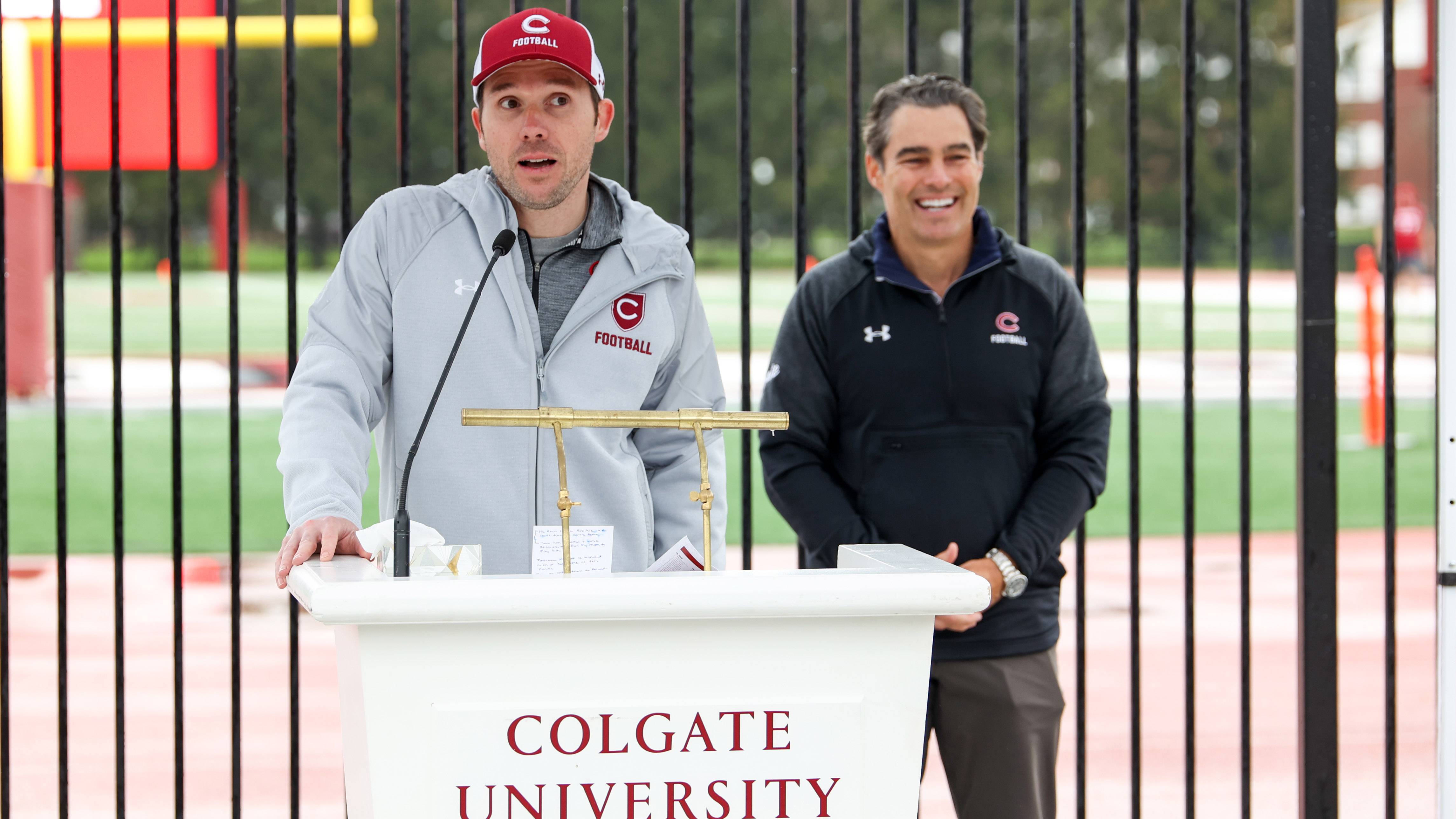 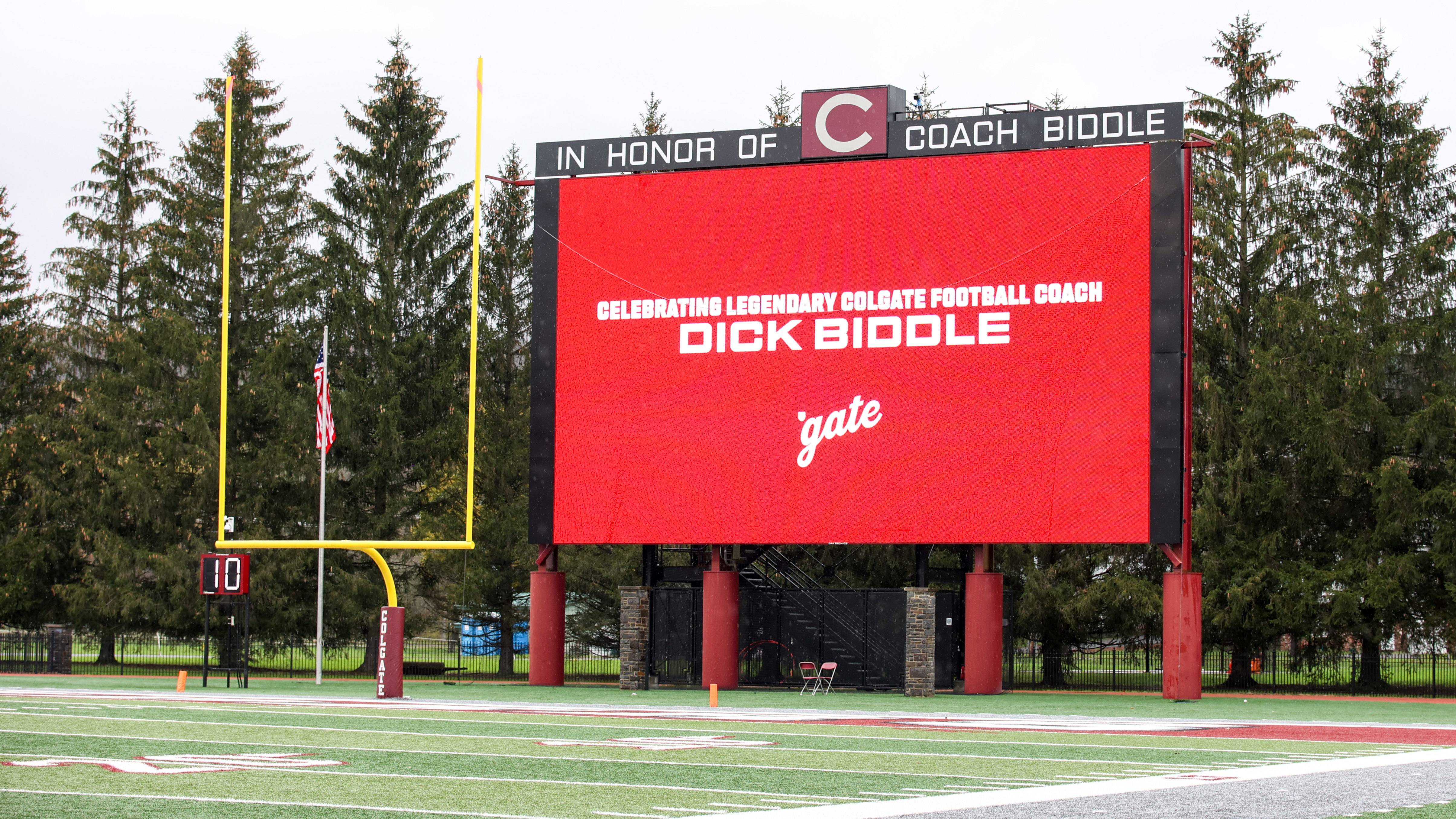 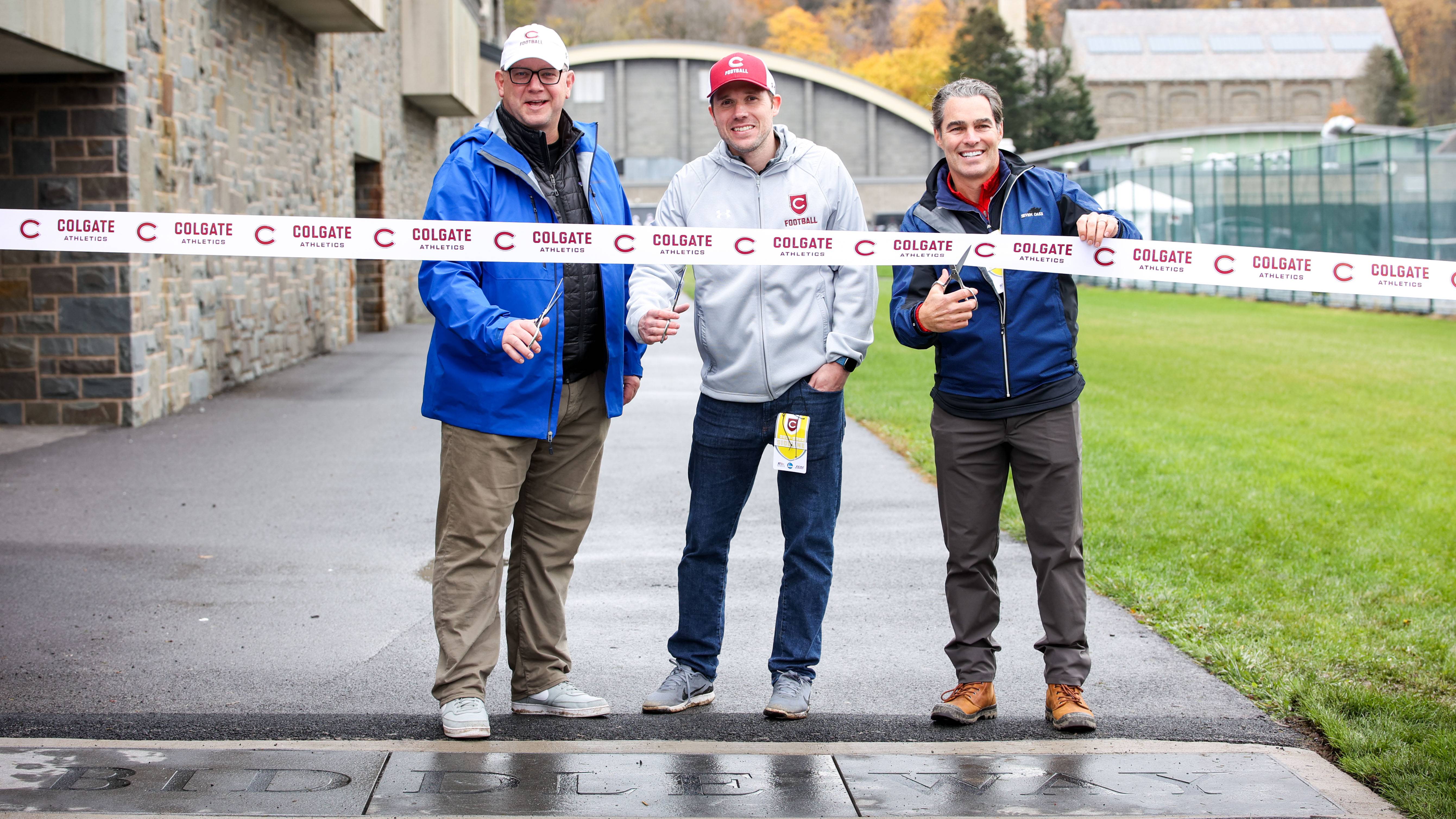 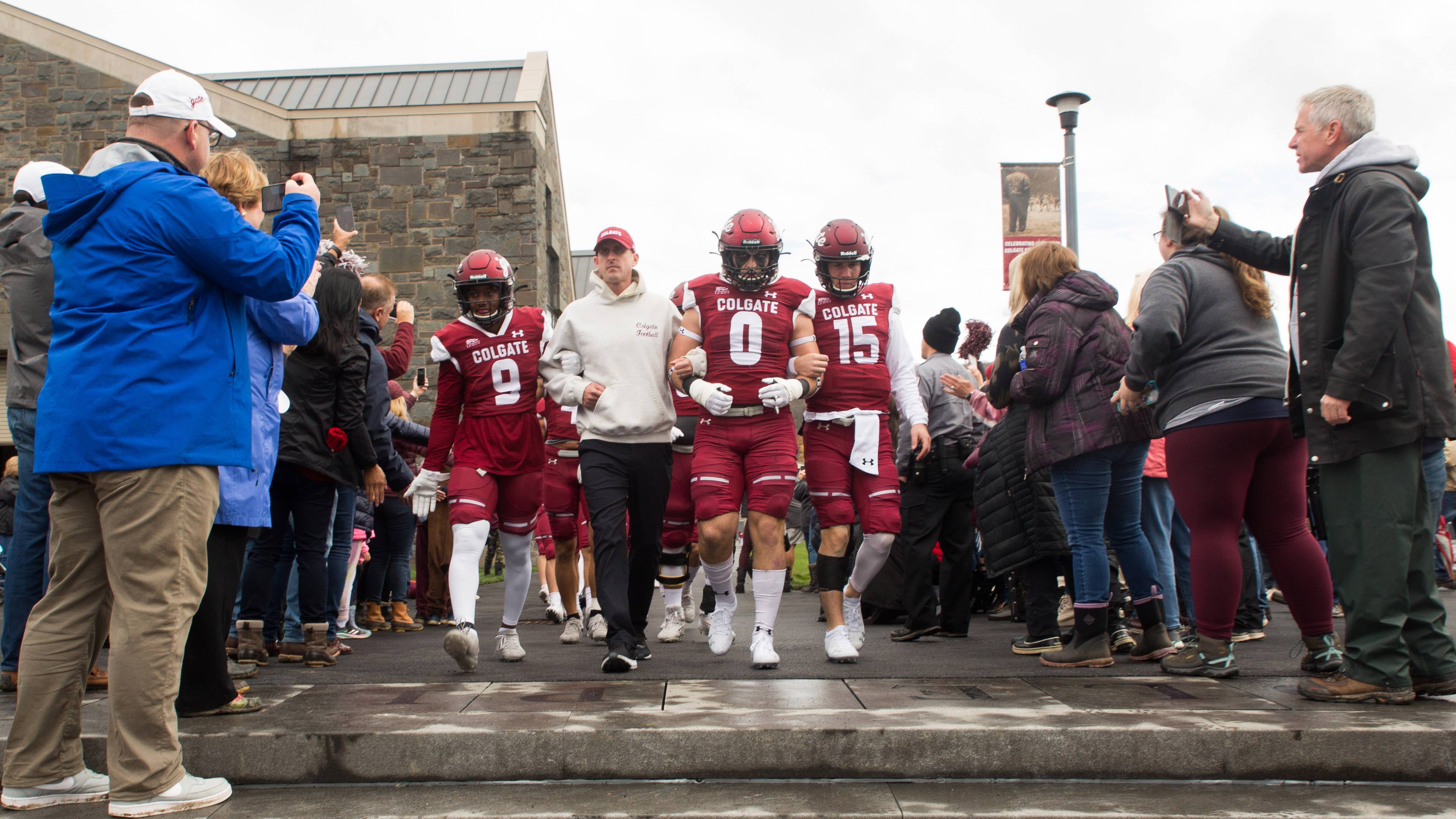