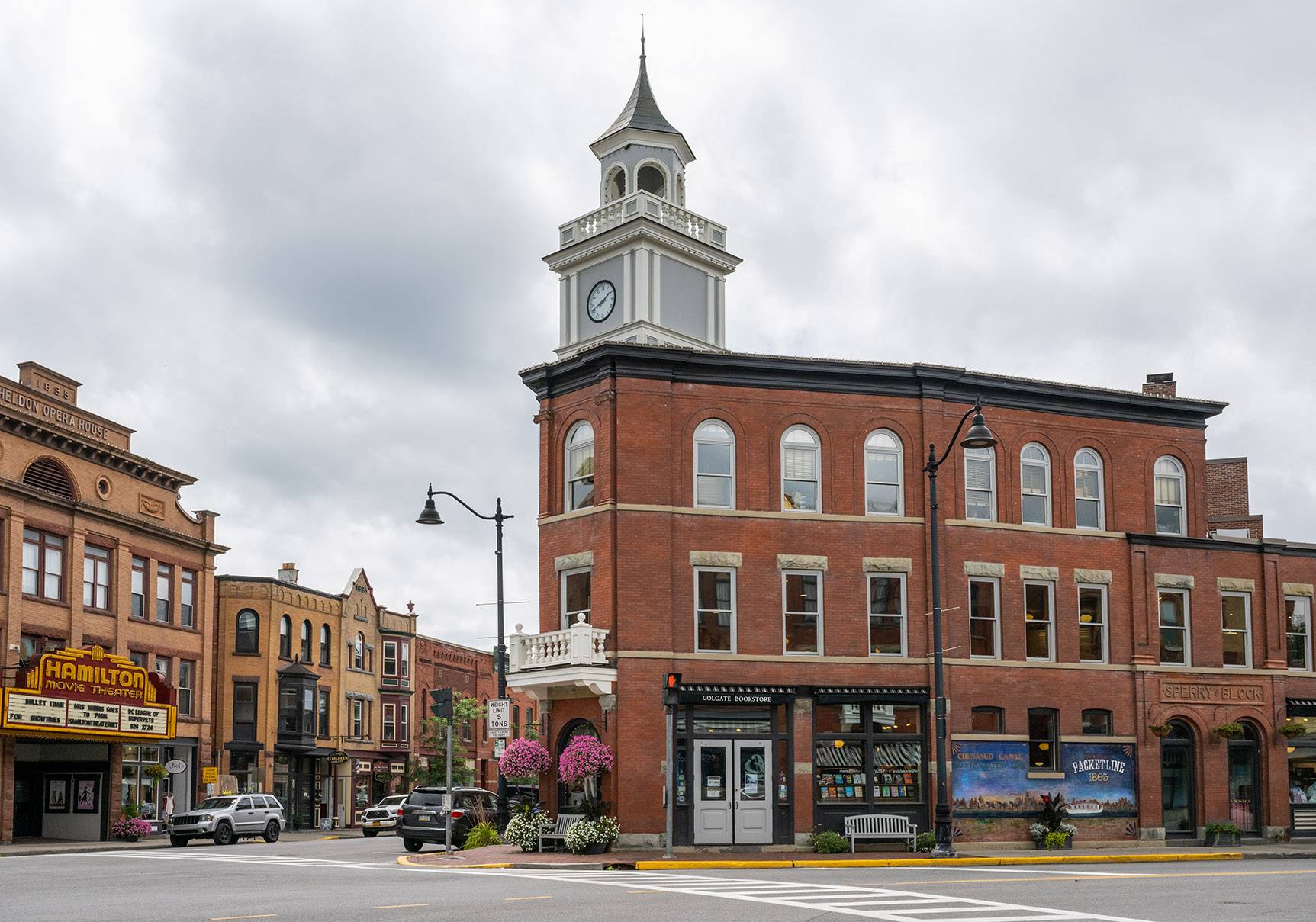 Today marks the 20th anniversary of the Colgate University Bookstore opening its doors in downtown Hamilton following a lengthy renovation that transformed a dilapidated building into the village’s retail anchor.

Bookstore Manager Tammy Ayers said they are hosting a 20% off storewide sale, with few exceptions, to celebrate the anniversary, and they will be giving away 20 special gift baskets today. Shoppers stopping into the store around lunchtime can even have a slice of a celebratory cake from Maxwell’s Chocolates and Ice Cream.

Little has changed at the bookstore through the years, Ayers explained, adding that the biggest shift was when they decided to move away from selling CDs, which took up one wing of the store when the building opened. The bookstore employs 16 full-time and as many as 25 to 30 part-time staff throughout the year.

“A lot of things are still the same,” Ayers said. “We still have a textbook department in the basement, and we still have great staff and great customer service. Our textbook deliveries have been really popular over the past couple of years. We deliver the books to students’ rooms for the first couple of weeks before the semester starts. That’s a great new service that has really taken hold.”

It was on Aug. 12, 2002, that the newly renovated building opened after a multi-million dollar renovation that took more than a year of construction time. The central location in the village would become a focal point as a local purveyor of literature, a hub for community and childrens’ events, book clubs, unique gifts, and merchandise.

The bookstore renovation, along with the purchase of several other buildings downtown, was also the birth of the Hamilton Initiative LLC, a local development organization that formed in 2000 with $15 million in University seed money to encourage economic development with a goal of increased pedestrian traffic downtown, village facade beautification, and to provide for more entertainment and retail options.

“It has become that thread between the University and the community,” said Joanne Borfitz, Colgate associate vice president for community affairs and auxiliary services. “Strategically, it was done to bring students and activity to the center of the village —  and that has clearly been successful.”

Roger Bauman, president of the Hamilton Initiative from 1999 to 2012, brought his experience with state and federal development grants to Hamilton, where he helped to oversee the 14-month renovations to the former Sperry building to create the Colgate Bookstore, and he oversaw grant funding for facade improvements, renovations to the Hamilton Movie Theater, the Palace Theater, and the building that is now home to Maxwell’s, Fojo Beans Coffee Roasters, NBT Bank, The House Plant Co., and the the second floor offices of Colgate Advancement and Alumni Relations.

“Downtown was hurting a lot,” Bauman said. “What you want to see after you do renovations and fix up an area, in this case the heart of a commercial district, is what kind of impact that makes. Well, it made an amazing impact. All of a sudden people were walking the streets downtown and buying things. It was a whole different vibe. I kind of knew after the first year or two that it worked. It was safe, clean, and very pedestrian friendly.”