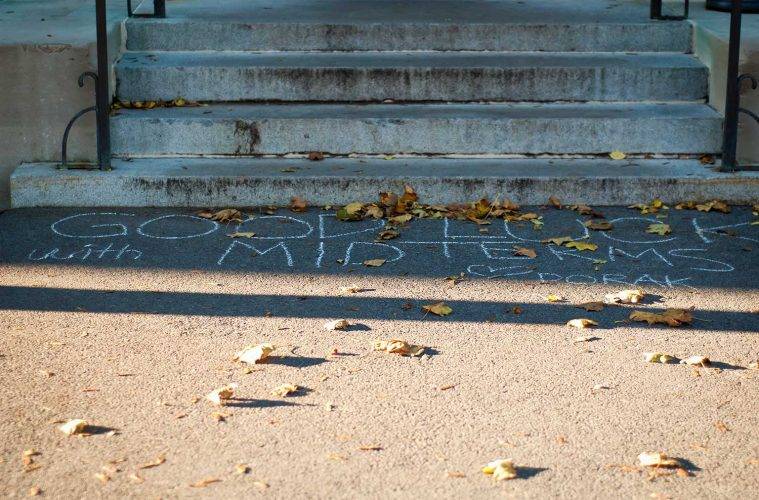 Do Random Acts of Kindness is something of a long name for a club, which is probably why it’s usually shortened down to DoRAK on campus. Despite its long name, DoRAK is one of the most influential and devoted service clubs in the Colgate community.

Originally called Helping Hands, DoRAK has been one of the University’s longest-standing clubs.

“DoRAK is a place where you can take a breath and relax for a little,” said club president Chau Le. “We often joke that DoRAK is an arts and crafts club in disguise; if you want to imagine our club atmosphere for yourself, think of a circle of cute grandmas knitting together.”

Don’t let the relaxed atmosphere fool you. Despite its casual, laid-back, and friendly ethos, DoRAK is dedicated to promoting and advancing charitable causes on campus. They are most known for Chalking the Quad, when DoRAK members write positive and inspiring messages all around the Academic Quad for students to enjoy on their walk to classes.

They also have a hand in co-sponsoring, promoting, and preparing positive-impact events across campus, from 13 Days of Green — Colgate’ environmental awareness campaign — to Take Back the Night, a program intended to raise awareness of sexual assault and gender issues. In the past three years, DoRAK has received the Campus Impact Award and the Collaboration Award from the Max A. Shacknai Center for Outreach, Volunteerism, and Education. “DoRAK is a COVE team that strives to promote a positive pay-it-forward lifestyle to students on Colgate’s campus.” Said Sarah Sparber, the COVE team advisor for DoRAK. “This small team makes a huge impact in such a positive way […] Because of the efforts listed they have been awarded the COVE’s Campus Impact award in 2017 and 2019.”

“DoRAK exists to remind people that there is still good in the world, and it is actually quite easy to create,” Le said. “It does not cost anything to be kind, nor does it take a lot of effort. If you think about it, kindness is at the very foundation of human well-being. Sustainability is being kind to nature. Justice is being kind to others. Acceptance is being kind to yourself. Try to practice kindness in whichever way you can.”