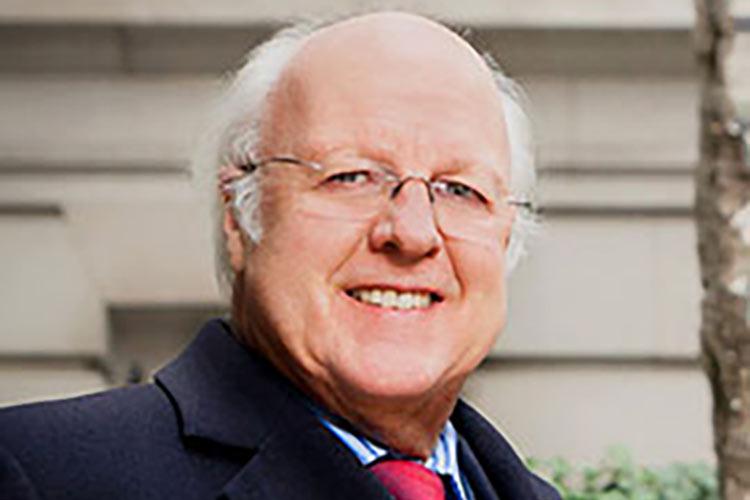 On March 3, Jackson Janes ’69 returned to campus to discuss German-American relations. The lecture, sponsored by the Department of German, was titled “A Study of Friendships, Frictions, and Transforming Interests in the 21st Century.”

Janes is the president of the American Institute for Contemporary German Studies at Johns Hopkins University as well as a member of the Council on Foreign Relations, the International Institute for Strategic Studies, and the Atlantic Council of the United States. Widely published on issues dealing with Germany, German-American relations, and transatlantic affairs, Janes has delivered lectures in the United States and abroad. He often provides commentary for domestic and foreign media outlets, including CBS, CNN, C-SPAN, PBS, CBC, and other networks.

The lecture focused on the shifting dynamics in a post-Cold War world. On both sides of the Atlantic, governments are grappling with globalization and increased interdependence in the wake of world issues such as climate change, nuclear weapons crises, and terrorism.

“The end of the Cold War did not make the world safer; it made it more complicated,” said Janes. “It challenged us to develop new ways of responding to the challenges ahead. All the tools we had developed in the last half-century were fashioned to cope with a world that emerged out of World War II. Today we have Cold War institutions trying to solve post-Cold War problems, and they will need to be adjusted accordingly.”

In the European Union specifically, Germany is trying to show robust leadership in a time when the Euro is struggling to remain strong, and countries are coping with Russian aggression, crisis in Ukraine, and massive migration from the Middle East and North Africa.

“Germany has become a pivotal power, a leader, in partnership within the European Union and beyond,” Janes said. “Given its economic power and diplomatic networks, Germany has appeared as a source of stability, reliability in dealing with many crises.”

The lecture was followed by a 45-minute question and answer period, during which students asked questions based on their coursework, travel, and independent research.

As a Colgate graduate, Janes was able to relate to Colgate students in unique ways, having studied abroad in Freiburg, Germany, during his junior year in 1967–68 — much like many of the students in attendance.

Janes left the audience with a question, “How do we need each other in 2016?” In a U.S. presidential election year, with shifting global powers, there are certainly going to be changes to world dynamics.

“In examining the choices ahead for Europe and the United States over the next ten years,” Janes said, “three factors will be central in importance for shaping the world to come: the increasing interdependence in transatlantic relations, the sliding scale of consensus and competition, and the sharing of burdens and power across the Atlantic.”