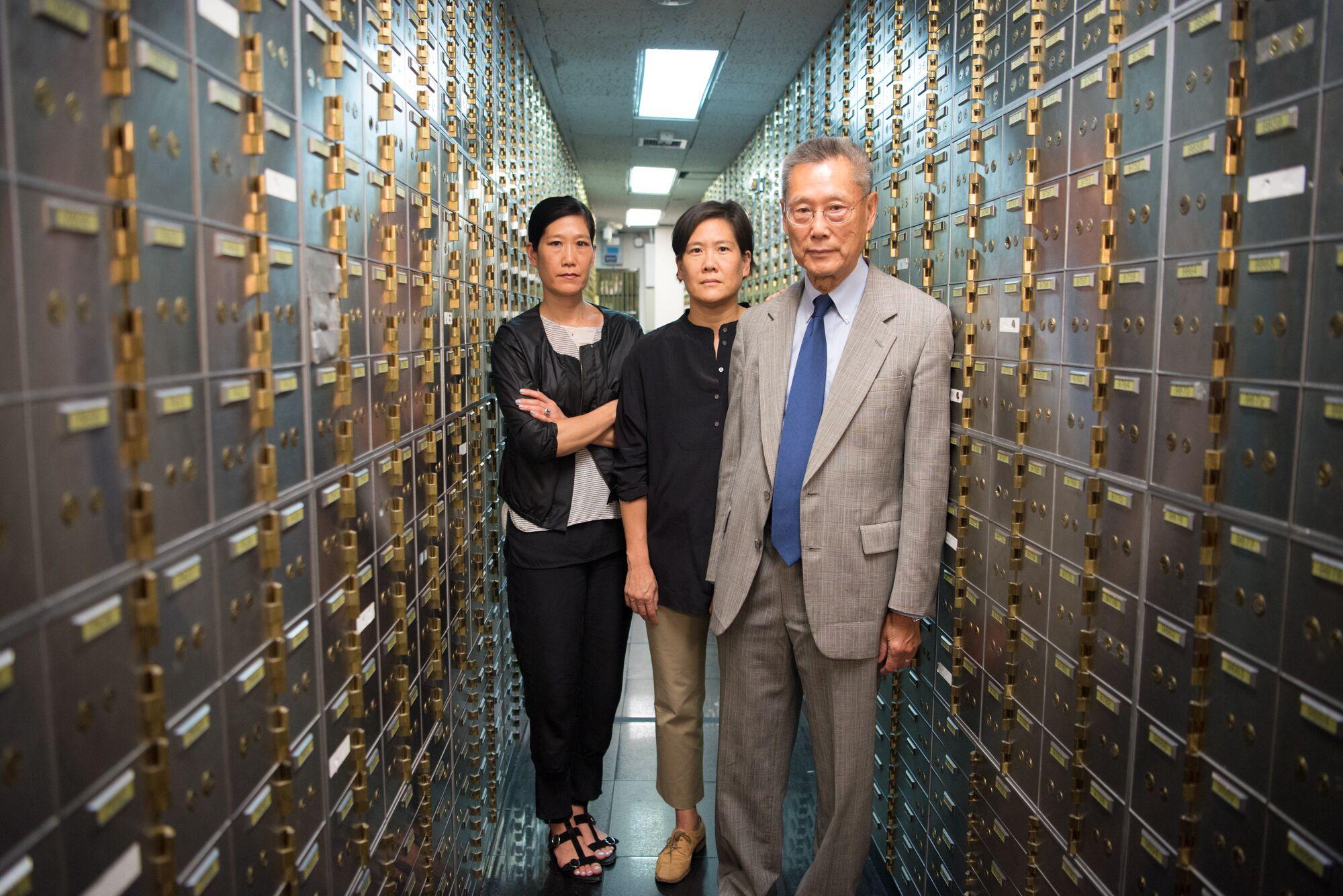 The Sung family in the vault of Abacus Savings bank

Icarus is a documentary directed by Bryan Fogel, an amateur cyclist who attempts to get away with doping (the use of banned athletic performance-enhancing drugs like anabolic steroids).

Fogel’s experiment took a turn for the dramatic — and even dangerous — when he met Dr. Grigory Rodchenkov, the head of the Russian anti-doping laboratory that tests Olympic athletes. Through contact with Rodchenkov, Fogel uncovered one of the biggest sports scandals in history.

“The film started out about biking,” Fialkow ’81 explains. “We got lucky as we learned about the Russian doping scandal, and it led to the investigation and banning of Russia from the Olympics.”

In addition to being nominated for an Academy Award, Icarus is nominated for a British Academy Film Award in the documentary category. Andrew Siegman ’98 was a co-producer on Icarus, and Eugene Young ’81, Steve Burke ’80, and David’s son, Julian Fialkow ’17, were also involved in the film.

“Over the last 10 years, my wife, Nina, and I have been fortunate to make documentary films focused on social justice — to tell stories that people need to know,” David Fialkow says.

Also nominated for an Academy Award for Best Documentary, Abacus: Small Enough to Jail tells the story of a family owned savings bank in New York City’s Chinatown that was put on trial for mortgage fraud after the 2008 financial crisis.

The film follows the Sung family, Chinese immigrants and owners of Abacus Savings bank, as they fight to defend themselves over a five-year legal battle. Abacus asks why the Sung family was targeted by the U.S. justice system but the “too-big-to-fail” banks were not.

“I think a lot of people are still outraged by the fact that no large banks were prosecuted after the financial crisis, and seeing a bank like Abacus go through that was visceral for a lot of people,” Verbitsky says.

“The film reveals a parallel justice system in our country” for the haves and have nots, he adds.

Now an Emmy Award-winning TV producer and director with PBS Frontline and NBC/Universal, Verbitsky was a history major at Colgate who loved uncovering hidden facts about the past. That passion for discovery carried over to his work in documentary film.

“A lot of what I do involves finding information that no one else has seen; the digging and searching are what is exciting, and seeing it on screen and moving important debates forward are what is most rewarding,” he says.

Abacus can be streamed for free on www.frontline.org, and is also available on Amazon Video and iTunes; Icarus is available on Netflix.

Colgate is further represented at this year’s Oscars by Penny Lane, an art and art history professor who was inducted into the Academy in 2017 and will be voting in the documentary film category.

“It was a nice surprise to realize that not one but two Colgate alumni were represented in the pool,” she says. “Both Icarus and Abacus represent some of the best that documentary film has to offer: unforgettable characters, rigorous exploration of important issues, and exemplary film craft.”