Actress stands up for immigrants’ rights 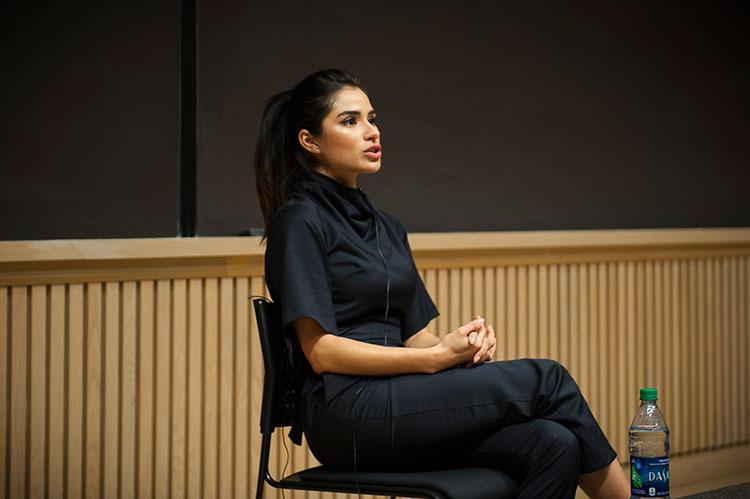 Orange is the New Black and Jane the Virgin actress Diane Guerrero reflected on growing up as a child of immigrants during her keynote speech for Africana Women’s Week. Guerrero’s parents were deported when she was 14, but she didn’t let those circumstances dictate her future.

“I wanted more,” she said in Love auditorium on March 23. “I had a huge imagination, and I had a vision for myself.”

After her parents were deported, Guerrero stayed with friends, moving from home to home. “It was the first time I realized what community can do for each other,” she said. “If you care for one another, you can survive.”

Her speech, “Moving Past Survival: Healing as a Catalyst for Growth,” was in conversation with her recently published book, In the Country We Love. Guerrero said that she wrote her book for the millions of children who are in her same situation.

“Sharing my story taught me the importance of using my voice. It has been a beautiful struggle, everything I’ve had to do to get to this point. I feel stronger for it.”

An immigration activist, Guerrero said that last year’s elections motivated her to become more outspoken and involved. When she heard the rhetoric surrounding her community, immigrants, and other things that she held dear, like education, she knew that she had to act.

“I wanted to be a woman who stands up for what she believes in,” Guerrero said. She now volunteers with the Immigrant Legal Resource Center, a nonprofit organization that educates immigrants about their rights. She also works with Mi Familia Vota, encouraging residents to become citizens and register to vote.

Other activities during Africana Women’s Week included a poetry reading with Ijeoma Umebinyuo, Art as Resistence: 3Realms Collective Brown Bag lunch, and Night of Sisterly Love: SORT Sleepover. The week was coordinated by Sisters of the Round Table, a student organization that fosters sisterhood among women of color and their allies.