Professor Robinson Discusses the Afterlife of Empire in New Books

Back to History News and Updates
By: Zhelun Zhou ’20
Share

How did a new dynasty, especially its emperor handle the legacy and shadows of the previous empire? David Robinson, Professor of History and Robert H.N. Ho Professor in Asian Studies, answers this question in his two new books, In the Shadow of Mongol Empire: Ming China and Eurasia, and Ming China and Its Allies: Imperial Rule in Eurasia. Professor Robinson first looks at the efforts of Ming dynasty ruler Zhu Yuanzhang to exploit the memories and legacies of the Mongol empire before him in order to legitimize his dynastic rule. Secondly, he looks at how the Ming Court strove to win alliances across Eurasia. In his works, Professor Robinson links the history of China with that of Eurasia (Eurasia defined as a continental region through historical Persia, Central Asia, including some parts of Russia and Mughal Empire, to East Asia) to understand the impacts of Ming court on its neighbors. By taking this broader comparative approach, he intended to gain more insights about the connections of Chinese courts, foreign relations, economies and different ethnic groups beyond the border.

A historian of the Mongol Empire and early modern China, Professor Robinson explained that his books push back against the common narrative of the Chinese tributary system. The tributary system was a network of international systems based in China to conduct diplomatic and trade relations with neighbors such as Japan, Korea and Vietnam. Previous narratives regarding the tributary system asserted that Chinese Ming emperors did not care much about their neighbors’ acknowledgments. Robinson stated that his books argue instead that Chinese Ming emperors cared deeply about their neighbors’ views and actively tried to win their allegiance and respect in order to boost international status, and gather information to secure Chinese trade and military missions.

Another key feature in Professor Robinson’s new books is the use of Ming court as a point of analysis to comprehend the Ming dynasty’s strategy to make itself understood and to increase its legitimacy. It is a lasting effort to think beyond nation-state history and focus on broader, regional history of the Mongol empire. The bigger project for him is to see how Ming China interacted with its neighbors during this period, through the lens of Ming court, and how Ming court developed a foreign relation policy to achieve its end.

Some of the primary sources that Professor Robinson consulted, such as the Veritable Records compiled by Chinese court historians, are from the fourteenth to fifteenth centuries. One of the most fascinating archival materials for him was the recently excavated documents at Qara-Qoto. These documents were the closest thing to the original fourteenth century documents, and provided a view of how local administration operated. The documents were written in multiple languages such as classical Chinese, Mongol language written in a Uyghur script and Tibetan. Robinson expounded that this combination of multiple languages demonstrates a typical example of the multilingual and multicultural nature of Mongol administrations. He also consulted documents from Japan, Korea and Vietnam, written in classical Chinese, to see how their notions and experiences of Mongol empire shaped Ming court’s understanding of their neighbors and their perceptions of the Mongol empire. 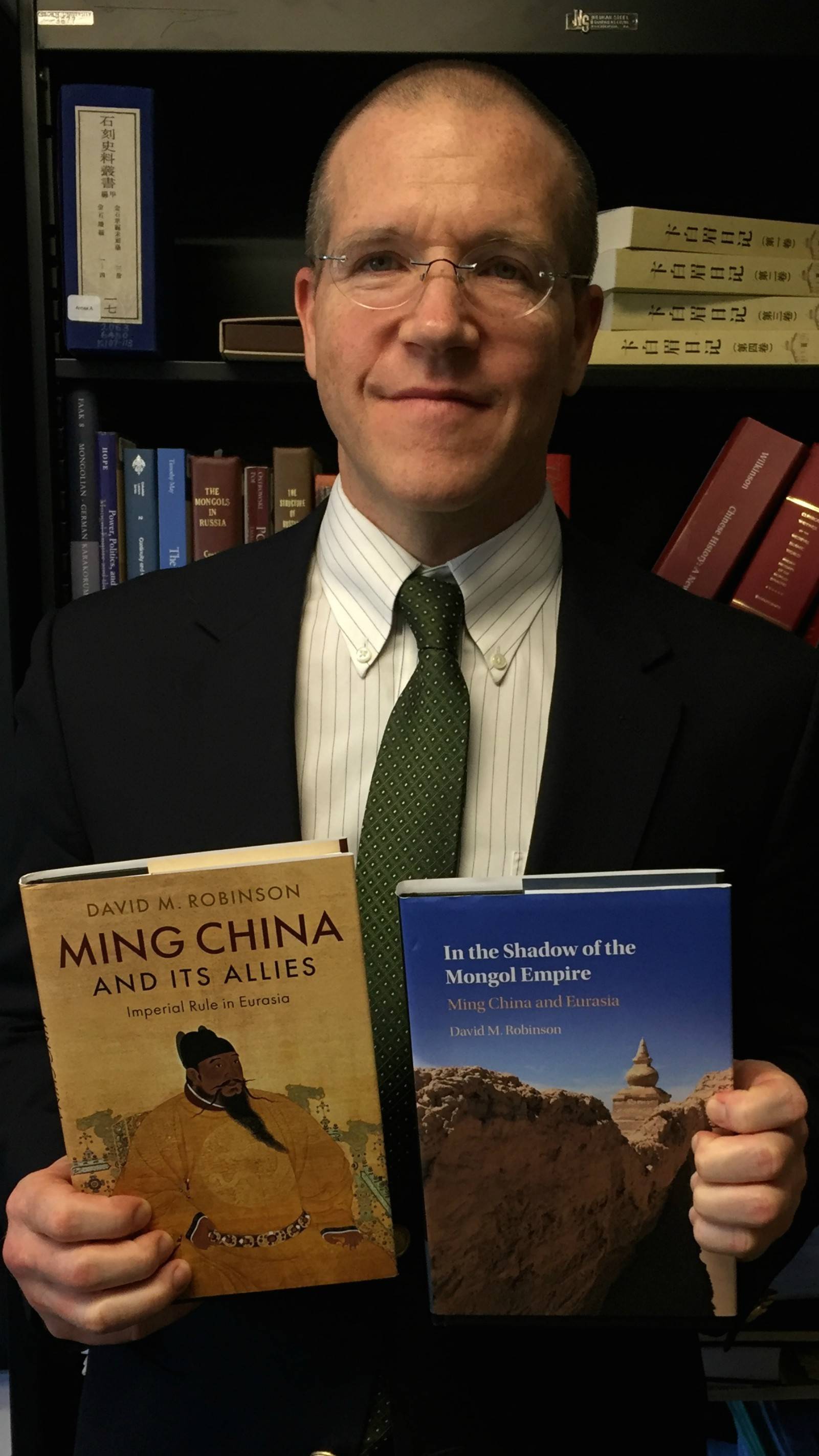 Ultimately, Professor Robinson’s books argue that the Ming dynasty was not isolated or xenophobic, and that it was instead diplomatically active and strategic in its interactions with its neighbors. Both books attempt to integrate the narratives of Chinese history into the larger narrative of global and Eurasian history, and to see the history of China in a more global and comparative setting.