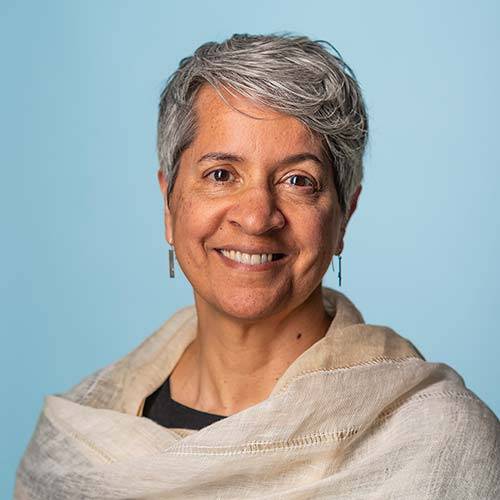 Batza Professor of Art & Art History; Director of the Division of University Studies

Padma Kaimal trained in the History of Indian Art under Joanna Williams at the University of California, Berkeley. She has taught at Colgate University since 1988. Her research questions common assumptions about art from the Tamil region. Did kings build the only architecture that matters? Did men? Are the boundaries of India’s modern states meaningful for understanding tenth-century architecture? How do narrative sculptures tell their stories? Are fierce goddesses demonic? Are museums the problem, the solution, or both to contentions over cultural property?  Her new book, Opening Kailasanatha: The Temple in Kanchipuram Revealed in Time and Space, reconstructs the aspirations, profound wisdom, Tantric secrets, and radically distinctive world view of ancient kings and queens of South India by closely analyzing the material forms of the elegant temple complex they built at the start of the eight century, and that has miraculously retained its form over the intervening centuries. Her previous book, Scattered Goddesses: Travels with the Yoginis (Ann Arbor: Association of Asian Studies, 2012) seeks to disrupt categories of East and West, victim and thief, as it traces the worship, ruination, dispersal, and re-enshrinement of nineteen sculptures from a tenth-century goddess temple.  Her essays have appeared in Third Text, Source, The Art Bulletin, the Journal of the American Academy of Religion, Artibus Asiae, Archives of Asian Art, and Ars Orientalis. Fellowships from the Institute for Advanced Study at Princeton, the National Endowment for the Humanities, the J. Paul Getty Foundation, the American Institute for Indian Studies, the American Association of University Women, the Center for South Asian Studies at U. C. Berkeley, and Colgate University have generously supported her research.

The Kailasanatha temple complex in Kanchipuram, Tamilnadu, India; The history and ideologies of museums and collecting; the history of goddess worship in India; architecture and sculpture of the Pallava and Chola periods in India; history of the art of Asia; India (post-colonial studies, general education); art theory; cultural studies.

Sculpture and architecture of early India, portraiture, the impact of patronage upon style, semiotics and critical theory, the iconography of Shiva's dance, gender

In the winter of 2012 I helped lead a trip for 27 faculty members to India. The goal was to confront questions of identity, culture, and knowledge across intellectual boundaries, and to challenge all of us who teach in the Core to stretch beyond our academic specialties. Read more about our experiences on the blog we kept, Reflections from India. 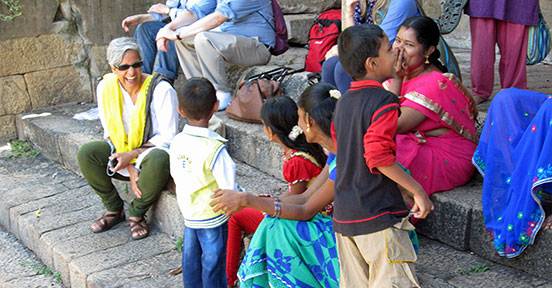 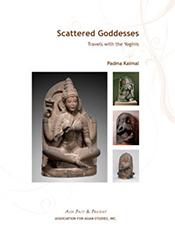 On Panels at National and International Conferences

“Getting the Band Back Together: Reuniting the Kanchi Yoginis,” co-chaired with Katherine Kasdorf, Half-day symposium at the Conference on South Asia, University of Wisconsin, October 17, 2019.

“Categories and culture: excavating thought from the sculptures of the Kailasanatha temple Kanchipuram,” in “The materiality of religion at Kailasanath: exploring the embodiment of religion at a Chola temple,” Annual Conference on South Asia, University of Wisconsin, Madison, October 13, 2018.

“Auspiciousness and Gender at the Kailasanatha temple in Kanchipuram,”in “Iconographic Riddles: Goddesses and the Ambiguity of Form,” Annual Conference on South Asia, University of Wisconsin, Madison, October 23, 2015.

“Cosmic and Earthly Dance in the Arts of India and Its Neighbors,” Planning workshop for a large-scale exhibition, Asian Art Museum of San Francisco, February 1-2, 2019.

“How a building tells you to move: worship at the Kailasanatha temple in Kanchipuram,” Tufts University, September 14, 2017.

“Sanctified Spaces: Monumental Places and the Construction of Authority,” at "Materializing Sanctity, Enacting Authority: Text, Image, and Performance in India and China,” Colloquium organized by the departments of Religious Studies, Classics, and Art History at Brown University, March 14-15, 2016.

“Change and Persistence: The Kailasanatha Temple at Kanchi from the 8th-21st Centuries,” The Templeton Lecture in Art History, University of California at Davis, January 9, 2015.