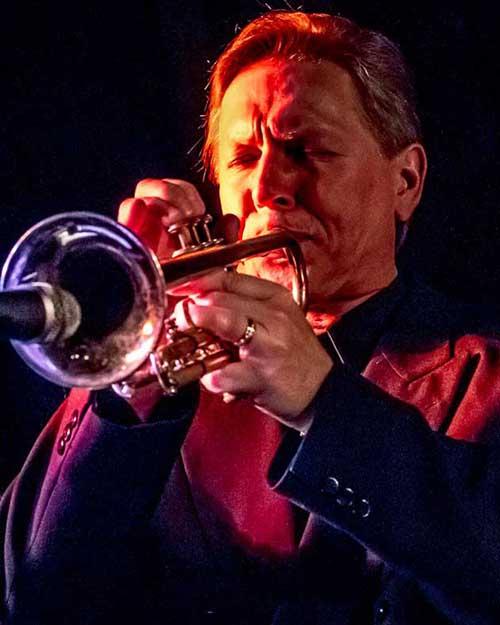 Jeff Stockham is a graduate of the Eastman School of Music and a veteran of the renowned Eastman Jazz Ensemble. His performance credits include Thelonius Monk Jr.'s "Monk On Monk" big band, the George Gruntz Concert Jazz Band, the national tour of Les Miserables, the Central New York Jazz Orchestra, Salt City Jazz Collective, JazzBone, Gap Mangione, Danny D'Imperio's Big Band Bloviation, the Syracuse Symphony, the Rochester Philharmonic Orchestra, and many others. He has appeared in a number of movies and television shows including Stephen Spielberg's "Lincoln" and "House of Cards". He is also one of the few musicians worldwide to play jazz on French horn. He is a mainstay on the regional freelance scene, having performed with many of Central New York's most notable bands. He leads several groups including the Excelsior Cornet Band, a recreated Civil War regimental brass band which performs on original historic instruments; and the Stock Market Swing Orchestra, a 12-piece 1930s-style swing/dance band.