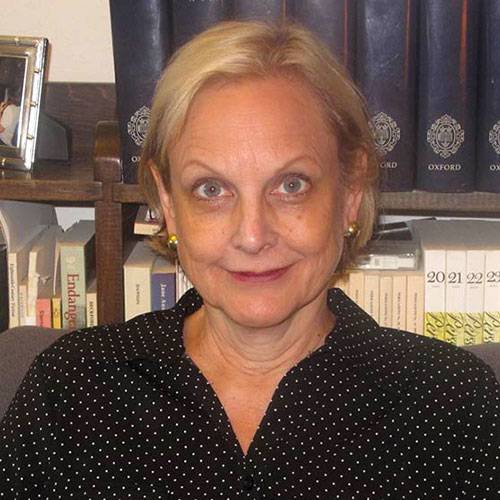 A member of the Colgate English Department since 1978, teaching an array of English courses from Shakespeare to Milton to Restoration and Eighteenth Century to Survey of British Fiction and seminars on Jane Austen, Samuel Johnson, and Charles Dickens, Professor Knuth Klenck has also taught in the Women's Studies Program and the Liberal Arts Core Curriculum, and has directed the Colgate London English Study Group and the honors program in English.

"Raptures and Rationality: Fifty Years of Reading Pride and Prejudice," in Persuasions: The Jane Austen Journal, Vol. 35, No. 1: Winter, 2013.

"Fun and Speculation: Sense and Sensibility and Pride and Prejudice As Revisions," in Persuasions: The Jane Austen Journal, Vol. 27, No. 1: Winter, 2005.

"Teaching Pope and Swift: Scriblerians in Context" in Studies on Voltaire and the Eighteenth Century: Abstracts of Papers Given at the International Congress on the Enlightenment, Dublin (Voltaire Foundation, 1999).

Entries in The Dictionary of British Literary Characters (Bruccoli-Clark-Layman, 1993).

Additional reviews in America, The Reader (Canada), The Colgate Scene, and elsewhere.

Professor Knuth Klenck has led seven Colgate London Study Groups, from 1985 to 2018, as well as chairing the Committee on Off-Campus Study from 2001-05.

"Running Wild and Talking about the Weather: Margaret in Emma Thompson’s Sense and Sensibility,” for the panel “Imaging the Last Century: Film Adaptations of Nineteenth-Century Novels,” at the annual Modern Language Association (MLA) Convention, Chicago, December, 1999.

Workshop on the Cultural Significance of Radio.  “Tales of the Village: The Georgic Pleasure of Listening to The Archers” an audio-illustrated talk at the annual MLA Convention, San Francisco, 1998.

The Jane Austen Summer Program at the University of North Carolina, Chapel Hill , has invited me as guest faculty since the Program was founded in 2013; in addition to a plenary lecture, I lead discussions over several days for participants, who include fellow academics, secondary-school teachers, and independent scholars.

The Southern California Chapter of JASNA has invited me to give a "Mothers' Day" talk at their spring meeting at the Huntington Library in San Marino, on June 1, 2019. The title: "'Those who chose to be idle certainly might': Mothers as Teachers in Jane Austen."

The New York Metropolitan Regional Chapter of JASNA invited me to speak at their annual Christmas celebration of Jane Austen's birthday in December, 2018, Fifth Avenue Presbyterian Church, New York. The subject was "Emma: the Detective."

I have also been a guest speaker at meetings of JASNA Chapters in Halifax, Nova Scotia (2015) and Rochester, New York (2014).

Service to the Profession

I have been a graduate-school-category judge of the international Jane Austen Essay Contest since 2015, and am now on the committee of JASNA that sets the essay topic.

I have written letters for successful grant applications for the Franklin Stage Theater Company, Franklin, NY (from the New York State Council on the Arts) and for the Jane Austen Summer Program at the University of North Carolina, Chapel Hill (from the North Carolina Humanities Council).

Colgate Alumni Corporation Board of Directors Award for Distinguished Teaching, 2004

Executive Committee of the MLA Discussion Group on Media and Literature, 1999-2004