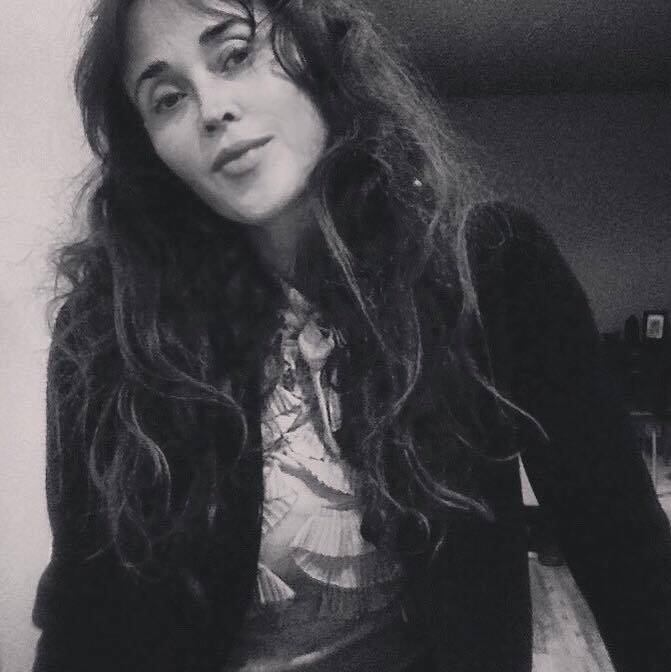 Anna Ríos-Rojas grew up in the diasporic space located in between San Francisco, California and Costa Rica. As an anthropologist of education, her ethnographic research takes up questions related to the (bio)politics of belonging, citizenship, and nationalisms as these are encountered and negotiated by transnational youth in Spain, Costa Rica and beyond. Her work has appeared in Harvard Educational Review and Anthropology & Education Quarterly.

As a scholar and educator, Anna's ethnographic sensibilities have been attuned to the ways that allegiances to Empire and nationhood structure the lived worlds of im/migrant youth. Understanding the power of resistance and movement that can emerge in even the tightest of spaces, her work is also always attentive to the important critiques of empire offered up by youth and how these counter-narrative might help to revise normative notions of belonging and citizenship being reproduced in schools and society.

She is currently working on a new ethnographic study with Nicaraguan youth in Costa Rica that explores the creative ways that immigrant youth navigate questions of conditional belonging and the politics of nation in the Costa Rican imaginary. Anna's other scholarly projects engage with Women of Color/Latina feminist epistemologies/pedagogies and the role of artistic activism within education.

Ríos-Rojas, A. (2011) Beyond Delinquent Citizenships: Youth’s (Re)Visions of Citizenship in a Globalized World. Harvard Educational Review 81(1): 64-94.

Youth of the Diaspora Speak Back: Struggles for Belonging and Dignity in the Identity Narratives of Immigrant and Refugee Youth; Co-authored paper (with Amelia Massoud-Tastor) presented at NYSFEA Annual Conference, Colgate University, Hamilton (April, 2013)

Youth of Immigration and the Politics of Belonging in a Citizenship Education Classroom in a Catalan Secondary School, Paper presented at the American Anthropological Association Annual Conference, Montréal (November 2011)

Between Cosmopolitanisms and Cosmophobias: Discourses of Belonging and Difference in a Catalonian Institut, Paper to be presented at the American Anthropological Association Annual Conference, New Orleans (November, 2010)

Indexing Differences Through and Beyond Language: Immigrant Youth and the Politics of Language and Belonging in a Catalonian Institut, Paper presented at the UC LMRI (Linguistic Minority Research Institute) Annual Conference, Riverside (May 2009).

Contested Citizenships: Reflections on the Politics of Belonging for “Youth of Immigration” in the Greater Barcelona Area, Paper presented at the II International Conference on Ethnography and Education: Migrations and Citizenships Universitat Autònoma de Barcelona, Barcelona, Spain, (September 2007)