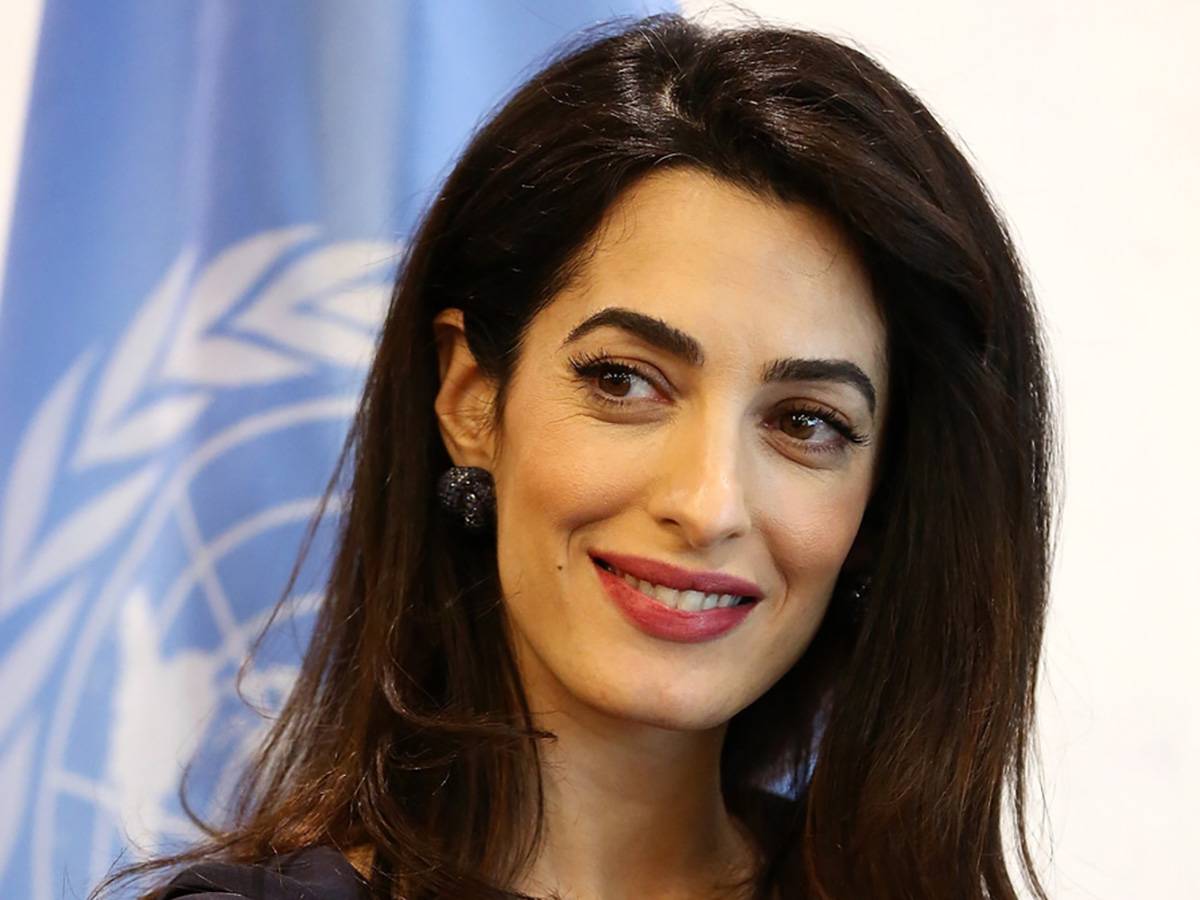 Amal is ranked in the legal directories Legal 500 and Chambers and Partners as a leading barrister in international human rights law, public international law, and international criminal law. She is described as ‘a brilliant legal mind’ who ‘handles cases of real international importance’ and ‘knows her brief inside out’. She is said to be a ‘natural lead advocate’ who is ‘tactically first class’ and ‘a rare combination of intellectual depth and pragmatism’. The directories also spotlight her ‘superb advocacy’ and ‘commanding presence before courts’ and describe her as ‘a dream performer before international tribunals’. They also emphasize that she is ‘fantastically innovative’ with an ability to galvanize ‘heads of state, foreign ministers and business … in a way that is very effective’ for victims of human rights abuses. She is described as ‘unafraid to raise novel points of law’, ‘very sophisticated in pushing the boundaries’ and having a ‘passionate commitment to the law and compassion for the people it serves’.

Amal frequently represents victims of mass atrocities, including genocide and sexual violence. She has acted in many precedent-setting human rights cases in recent years including the world’s first trial against an ISIS member for genocide and the first case alleging complicity in crimes against humanity by a company that funded the terror group. She has represented Armenia in a case involving the Armenian genocide and was recently counsel to 126 victims of the genocide in Darfur, Sudan, at the International Criminal Court. In 2021 she was appointed Special Adviser to the Prosecutor of the International Criminal Court on Darfur.

Amal also represents political prisoners around the world and has helped to secure the freedom of journalists arbitrarily detained for their work across the globe. In 2020 Amal was the recipient of the Gwen Ifill Award for ‘extraordinary and sustained achievement in the cause of press freedom’ from the Committee to Protect Journalists.

Amal has also served as a senior advisor to Kofi Annan when he was the UN’s Envoy on Syria, as Counsel to the UN Inquiry on the use of armed drones and as a rapporteur for the International Bar Association’s Human Rights Institute on independence of the judiciary. She is a member of the UK’s team of experts on preventing sexual violence in conflict zones and the UK Attorney General’s panel of experts on public international law. In 2019-2021 she also served as deputy chair of an International Bar Association Panel of Legal Experts on Media Freedom chaired by former UK Supreme Court President Lord Neuberger.

She is also a Visiting Professor at Columbia Law School, where she co-teaches the Human Rights course with Professor Sarah Cleveland. And she is the co-founder of the Clooney Foundation for Justice, which aims to advance justice through accountability for human rights abuses around the world.