The following writers, agents, and editors will join us for the 2021 Porch Symposium.

Click here to order books by this year's faculty and featured writers. All books ordered from the Colgate Bookstore help support the Colgate Writers Conference and the University. Books are available for in-store pickup or shipping. 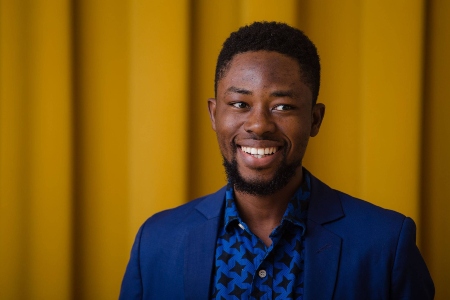 Gbenga Adesina, Nigerian born poet and essayist, jointly won the 2016 Brunel African Poetry Prize. His poem, “How To Paint A Girl” was selected by Mathew Zapruder for its “clarity of observation and empathetic insight into the suffering of another” for the New York Times. He was a 2016 Norman Mailer Poetry Fellow at Pepperdine University, Malibu, California. He has received scholarships and residencies from Fine Arts Work Centre, Provincetown and The Open Society Foundation in Goree Island, off the coast of Senegal. His poetry chapbook, Painter of Water was published by APBF and Akashic Books, New York in a series edited by Kwame Dawes and Chris Abani. His poems have appeared or forthcoming in Prairie Schooner, Brittle Paper, Vinyl, Ploughshares and elsewhere. His poetry manuscript, Holy Bodies was a finalist for the 2017 Sillerman First Book Prize. He was the the 2019-2020 Olive B O’Connor Fellow at Colgate University. 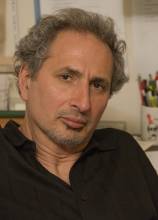 Peter Balakian is the author of seven books of poems, including Ziggurat and Ozone Journal, which won the 2016 Pulitzer Prize for poetry, and four books of prose, including Black Dog of Fate, winner of the PEN/Albrand Prize for memoir, and Vice and Shadow: Essays on the Lyric Imagination, Poetry, Art, and Culture. He directs creative writing at Colgate. 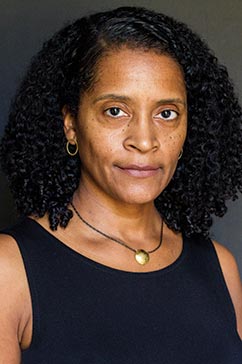 Born in Nashville, Tennessee, Emily Bernard earned a PhD in American Studies from Yale University. She has been the recipient of grants from the Ford Foundation and the National Endowment for the Arts, as well as a W.E.B. DuBois Fellowship at Harvard University. Her essays have appeared in The American Scholar and The Best American Essays. In addition to Black Is the Body, she has published books on figures in the Harlem Renaissance as well as an edited collection about interracial friendship. Prof. Bernard is the Julian Lindsay Green & Gold Professor of English at the University of Vermont. 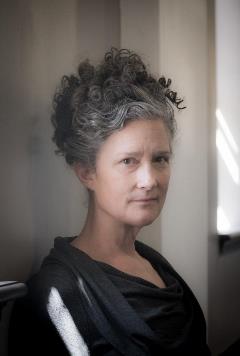 Carrie Brown is the author of seven novels and a collection of short stories. She has won many awards for her work, including a National Endowment for the Arts fellowship, the Barnes and Noble Discover Award for her first novel, the Janet Heidinger Kafka Prize for work by an American woman writer, The Great Lakes Book Award, and, twice, the Library of Virginia Award for fiction. Her short fiction and essays have appeared in journals including Tin House, the Southern Review, One Story, Glimmer Train, The Georgia Review, and The Oxford American. She has taught for many years at Sweet Briar College in Virginia alongside her husband, the writer John Gregory Brown. In addition to teaching, she also directs the College’s Center for Creativity, Design, and Arts, a partnership with the Virginia Center for the Creative Arts. 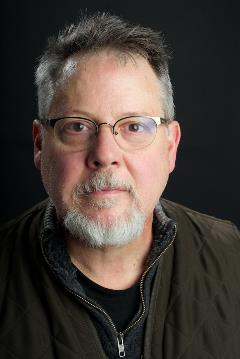 Born and raised in New Orleans, John Gregory Brown is the author of the novels Decorations in a Ruined Cemetery; The Wrecked, Blessed Body of Shelton Lafleur; Audubon’s Watch; and A Thousand Miles from Nowhere. His honors include a Lyndhurst Prize, the Lillian Smith Award, the John Steinbeck Award, a Howard Foundation fellowship, the Louisiana Endowment for the Humanities Book of the Year Award, and the Library of Virginia Book Award. His visual art has been displayed in individual and group exhibitions and has appeared online and in print in Hayden’s Ferry Review, the New England Review, Flock, The Brooklyn Review, Gulf Stream, and elsewhere.

He is the Julia Jackson Nichols Professor of English at Sweet Briar College in Virginia, where he lives with his wife, the novelist Carrie Brown. 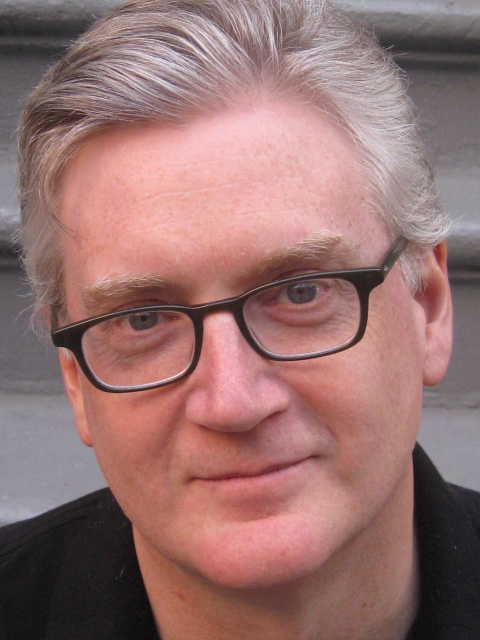 Jonathan Dee is the author of seven novels, including A Thousand Pardons, Palladio, and The Privileges, which was a runner-up for the 2010 Pulitzer Prize and winner of the 2011 Prix Fitzgerald and the St. Francis College Literary Prize. He is a National Magazine Award-nominated literary critic for Harper’s and The New Yorker, a former Contributing Writer for The New York Times Magazine, a former senior editor of The Paris Review, and the recipient of fellowships from the National Endowment for the Arts and the Guggenheim Foundation. His most recent novel, The Locals, was longlisted for the inaugural Aspen Institute Literary Prize for “a work of fiction with social impact.” It was named a Best Book of 2017 by, among others, the Washington Post, Guardian, Vox, Kirkus, and Seattle Times. He teaches in the Creative Writing Program at Syracuse University. 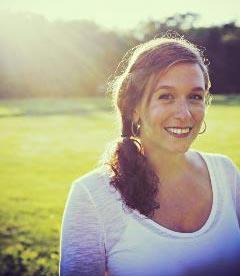 CJ Hauser teaches creative writing and literature at Colgate University. Her novel, Family of Origin, was published by Doubleday in July 2019. She is also the author of the novel The From-Aways and her fiction has appeared in Tin House, Narrative Magazine, TriQuarterly, Esquire, Third Coast, SLICE, Hobart, and The Kenyon Review. She has received McSweeney's Amanda Davis Highwire Fiction Award, The Jaimy Gordon Prize in Fiction, and Narrative's Short Story Prize. 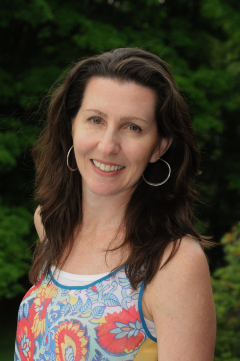 Bronwen Hruska, President and Publisher of Soho Press, has tripled the independent book publisher’s annual sales over the past decade. Founded in 1986 by Laura and Alan Hruska and legendary editor Juris Jurjevics, the award-winning press remains committed to publishing the highest quality fiction from bold new literary voices under its three imprints: Soho Crime, focusing on mysteries and thrillers steeped in a vivid sense of place and culture; the eponymous Soho Press, curating some of the most interesting and authentic voices on the literary scene; and the company’s newest addition, Soho Teen, which publishes compelling young adult fiction dealing with themes of identity, voice, and self-discovery. Before coming to Soho, Hruska worked for twenty years as a journalist and screenwriter. Her novel, Accelerated, was published by Pegasus Books in 2012. 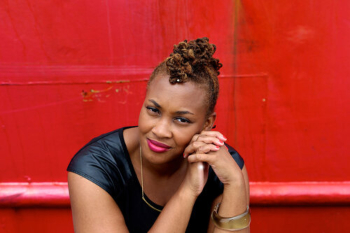 Naomi Jackson is author of The Star Side of Bird Hill, published by Penguin Press in June 2015. The Star Side of Bird Hill was nominated for an NAACP Image Award and the Hurston/Wright Legacy Award and longlisted for the National Book Critics Circle’s John Leonard Prize, the Center for Fiction’s First Novel Prize, and the International Dublin Literary Award. Jackson studied fiction at the Iowa Writers’ Workshop. She traveled to South Africa on a Fulbright scholarship, where she received an M.A. in Creative Writing from the University of Cape Town. A graduate of Williams College, her work has appeared in literary journals and magazines in the United States and abroad, including Harper’s, The Washington Post, brilliant corners, Poets & Writers, and The Caribbean Writer. Jackson is Assistant Professor of English at Rutgers University-Newark. She was the 2018-19 Writer-in-Residence at Queens College and previously taught at the University of Iowa, University of Pennsylvania, City College of New York, and Oberlin College. 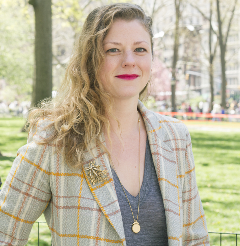 Halimah Marcus is the Executive Director of Electric Literature, an innovative digital publisher based in Brooklyn, and the Editor-in-Chief of its weekly fiction magazine, Recommended Reading. Her own work has appeared in Indiana Review, Gulf Coast, One Story, the Out There podcast, and elsewhere. She is the co-chair of the Brooklyn Book Festival Fiction Committee and has an MFA from Brooklyn College. In 2014, she was named one of "The 100 Most Influential People in Brooklyn Culture" by Brooklyn Magazine.

Marie Mutsuki Mockett was born to an American father and Japanese mother, and graduated from Columbia University with a degree in East Asian Languages and Civilizations.  She received her MFA in nonfiction from the Bennington Writing Seminars. Her memoir, Where the Dead Pause and the Japanese Say Goodbye, was a finalist for the 2017 PEN Open Book Award, the Indies Choice for Nonfiction, and the Northern California Book Award for Creative Nonfiction.  She received a Fellowship from the US/Japan Creative Artist Fellowship, funded by the NEA.  Her novel, Picking Bones from Ash, published by Graywolf, was a finalist for the Saroyan Prize and the Paterson Prize.  Her new book, American Harvest: God, Country and Farming in the Heartland, was a finalist for the Lukas Prize, awarded by Columbia and Harvard University's Schools of Journalism; American Harvest will be published by Graywolf in April 2020 and follows Mockett through seven agricultural states and a visit to the Mockett farm in Nebraska in the company of Christian wheat harvesters. She is part of the core faculty at Rainier Writers Workshop at PLU University and Visiting Professor in the MFA program at Saint Mary’s College in Moraga, California. She has also taught at Columbia University, Idyllwild Writers Week, and Story Catcher Workshop and participated in numerous festivals and conferences. www.mariemockett.com 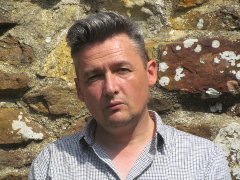 Michael Punter is a writer and teacher based in Hastings, UK. He has written several stage plays including The Wolves (Paines Plough), Darker Shores (Hampstead Theatre), Stagefright (Theatre Royal Bury St Edmunds), Bunker Girls (Waterloo East and Edinburgh Festival), Skerryvore (London Horror Festival/Old Red Lion) and the history play 1066 Three Kings for the Root 1066 Festival. His latest play Dear God will be produced by the Guthrie Theatre and University of Minnesota in spring 2021. His plays for children include The Nightwatch and Dummy (Pop-Up Theatre). Michael is Director of Theatre Education for CAPA The Global Education Network teaches Contemporary Theatre in London for Colgate University. His website www.write-your-script.com offers a range of courses to support script writing projects. 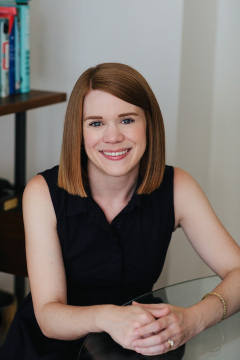 After graduating from Colgate University, Samantha Shea joined Georges Borchardt, Inc. in 2010 and was made a Vice President in 2016. Her list includes literary fiction, memoir/narrative nonfiction, journalism, popular culture, essays, cultural criticism, and history. Samantha’s authors are regularly named for numerous awards and honors, including the “5 Under 35” honor from the National Book Foundation, the “Best of Young American Novelists” honor from Granta, the Kirkus Prize, the Whiting Award, the National Book Critics Circle Awards, the PEN/ Robert W. Bingham Prize, and others. 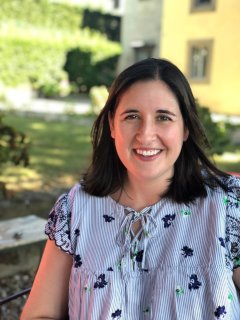 Jennifer E. Smith is the author of nine books for young adults, including The Statistical Probability of Love at First Sight and Hello, Goodbye, and Everything in Between, both of which were recently adapted for film. She earned a master’s degree in creative writing from the University of St. Andrews in Scotland, and her work has been translated into thirty-three languages. She currently lives in Los Angeles. 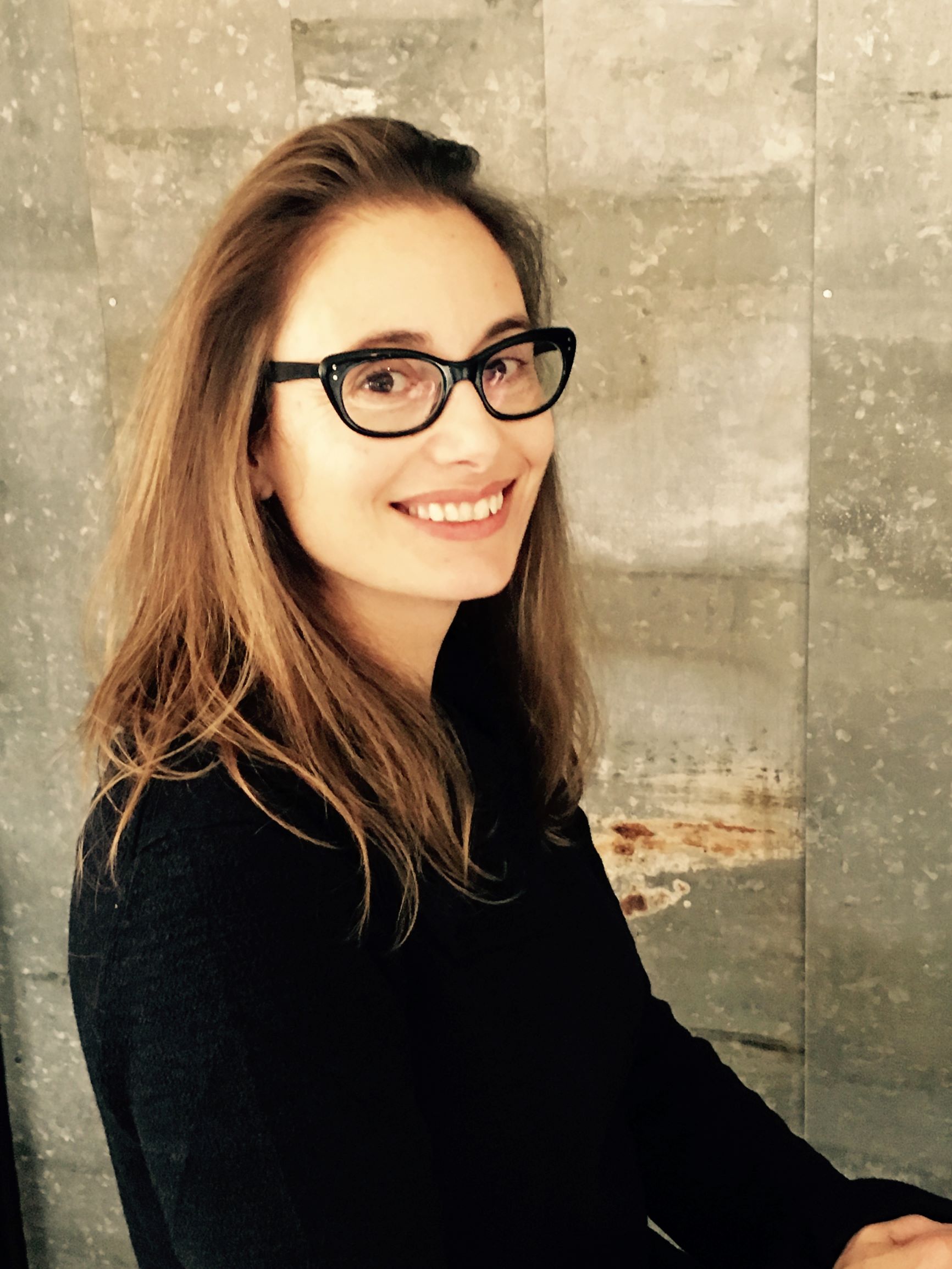 Dana Spiotta is the author of five novels: Wayward (forthcoming, 2021); Innocents and Others (2016), winner of the St. Francis College Literary Prize and a finalist for the Los Angeles Times Book Prize; Stone Arabia (2011), which was a finalist for the  National Book Critics Circle Award; Eat the Document (2006), which was a finalist for the National Book Award; and Lightning Field (2001), a New York Times Notable Book. Other citations include a Guggenheim Fellowship and the Rome Prize in Literature. In 2017 she received the John Updike Prize from the American Academy of Arts and Letters. She teaches in the Syracuse University Creative Writing Program. 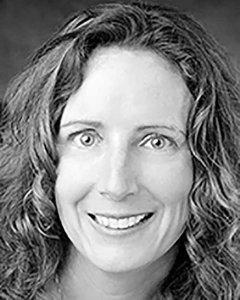 Jennifer Brice is the author of Unlearning to Fly, a memoir in essays, and The Last Settlers, a work of literary journalism. Her essays have appeared in American Nature Writing, Ploughshares, The Gettysburg Review, Under The Sun, and River Teeth, among others. She teaches literature and creative writing at Colgate.