Suddenly, a Knock on the Door

“Tell me a story” is the first line of the first story in this collection by the Israeli author Etgar Keret—and, oh boy, does he ever deliver. Keret is our 21st-century Aesop. 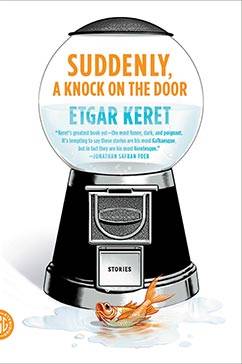 Bringing up a child, lying to the boss, placing an order in a fast-food restaurant: in Etgar Keret's new collection, daily life is complicated, dangerous, and full of yearning. In stories described by the Guardian as “thought experiments,” the living and the dead, silent children and talking animals, dreams and waking life coexist in an uneasy world. Here, humor and a keen sense of the absurd become a tool for studying the chaos and randomness of everyday life.

Every one of the 34 stories in this collection punches above its weight, with riveting but recognizable characters, and plots that fly off to unpredictable places. It’s hard to imagine a better book for the strange moment we’re living through now. 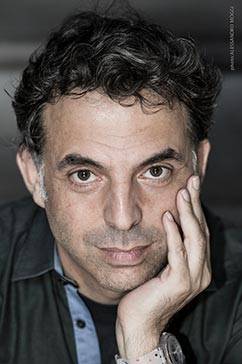 Etgar Keret is an Israeli short story writer whose books have been published in more than 40 languages and made into dozens of short films. His titles include The Bus Driver Who Wanted to Be God, The Girl on the Fridge, Fly Already, and Suddenly, a Knock on the Door. Keret's work has appeared in the New Yorker, New York Times, Wall Street Journal, and Paris Review, among others. He’s the winner of the Charles Bronfman Prize, the Book Publishers Association’s Platinum Prize, France’s Chevallier Medallion, and Israel’s Prime Minister’s Prize and Ministry of Culture’s Cinema Prize.

Order the book now at a discount from the Colgate Bookstore.

Greg Ames is an associate professor of English at Colgate. He is the author of two books, Buffalo Lockjaw, a novel that won an NAIBA Book of the Year Award, and Funeral Platter, a collection of 20 short stories, including “Benefactor,” which was featured on NPR’s Selected Shorts. His work has appeared in Best American Nonrequired Reading, Southern Review, McSweeney’s, The Sun, Catapult, and North American Review, among many others.

Tell us what you think about Suddenly, a Knock on the Door

Living Writers is put on by the Department of English at Colgate University with generous support from the Olive B. O'Connor Fund as well as the President and Provost/Dean of the Faculty. This event is co-sponsored by the Program in Jewish Studies, with support from the Lautenberg Fund.