From July 8-29, join the #ColgateSummerRead virtual reading group for American War by Omar El Akkad. Read a few pages a day and join (or follow) our discussion on Twitter @ColgateLW. 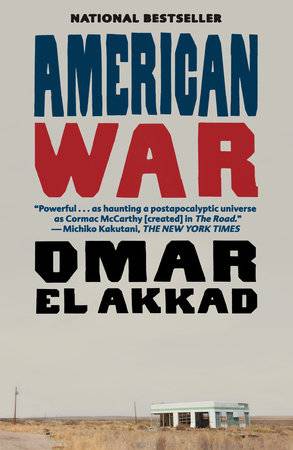 It’s 2074, and America has fallen into civil war for the second time, riven by toxic politics and climate disasters. Sarat Chestnut is only six, but even she knows that her home state of Louisiana is half underwater, that fossil fuels are outlawed, and that the unmanned drones filling the sky are not there for her protection. After her father is killed in a bombing, her family is forced to flee, taking refuge in a camp for displaced persons.

Sarat, an outsider on account of her temperament and appearance, is befriended by a mysterious man who becomes her only teacher. He opens her eyes to injustice and turns her body into an instrument of revenge. The consequences—for Sarat, her family, the whole country—are apocalyptic.

If you’re a fan of Cormac McCarthy’s The Road, Mohsin Hamid’s The Reluctant Fundamentalist, or Kamila Shamsie’s Home Fire—books that linger on the mind long after you turn the last page—then join us in July for our page-by-page reading of American War.

Published in the early days of the Trump presidency, Omar El Akkad’s first novel is both timely and riveting. It cuts back and forth between Sarat Chestnut’s story and archival documents, putting the reader into the role of an amateur historian or sleuth whose task is to stitch together narrative truth from fragmentary, conflicting, and often unreliable sources. It asks us to stick with a prickly protagonist—one who commands respect rather than affection, empathy rather than pity. In this novel, as in life, the line between “hero” and “terrorist” is vanishingly thin and ironically reversible. 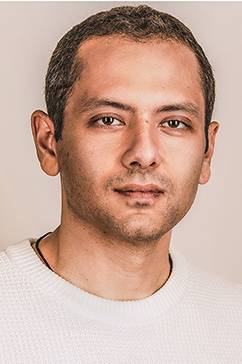 Born in Egypt, Omar El Akkad grew up in Qatar and Canada and now lives in the United States. As a longtime reporter for Toronto’s Globe and Mail, he covered Afghanistan and Guantanamo Bay, and he was recognized with a National Newspaper Award for Investigative Journalism. His debut novel, American War, won the Pacific Northwest Booksellers’ Award, the Oregon Book Award for fiction, and the Kobo Emerging Writer Prize. His short story, “Government Slots,” was selected for the 2020 edition of Best Canadian Stories. Mr. El Akkad’s second novel, What Strange Paradise, will be published by Knopf in July 2021.

Order the book now at a 10% discount from the Colgate Bookstore. Discount available until September 1.

Read just a few pages each day and keep up with the virtual reading group’s conversation on Twitter #ColgateSummerRead.

“With American War, I was thinking a lot about the conflicts that have defined the world during my lifetime, and these are conflicts in which U.S. involvement has largely either been indirect or from a great distance—and I wanted to take the hallmarks of these conflicts and make them impossible for somebody on this side of the planet to look away from.” That’s Omar El Akkad speaking about American War. To hear more, listen to this short Living Writers podcast.

We'll bring a few questions to get things started, but you should feel free to tell us your thoughts about the book, the podcasts, or the Twitter format.

Continue your reading this fall with the annual Living Writers program, featuring the work of nine authors through the fall semester:

More about the fall 2021 program