Actor Willis Wu is in a rut, always getting cast as Generic Asian Man or Striving Immigrant or Guy Who Runs in and Gets Kicked in the Face. Will he ever land his dream role as Kung Fu Guy? If he does, will it be enough? 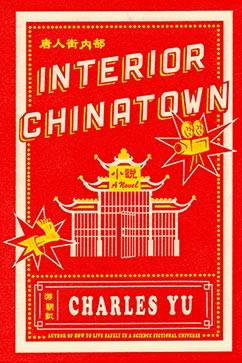 Structured as a Hollywood screenplay, Charles Yu’s Interior Chinatown explores the difficulties of being a person of color as well as an aspiring actor. Continually typecast as one of a variety of stereotypical Generic Asian characters, Mr. Yu’s protagonist Willis Wu hopes to rise to the top—to become Kung Fu Guy—by gaming the system. Only his mother keeps telling him, “Be more.”

Described by the Washington Post as “one of the funniest books of the year,” Interior Chinatown is playful but heartfelt, asking hard questions about how one creates an individual identity out of the constricting roles that society assigns. Interior Chinatown is one of five finalists shortlisted in the fiction category for the 2020 National Book Award.

Interior Chinatown skewers Hollywood tropes and Asian stereotypes in a way that’s both playful and heartfelt. It would be a powerful read anytime—but it packs a particularly strong punch in the coronavirus era. 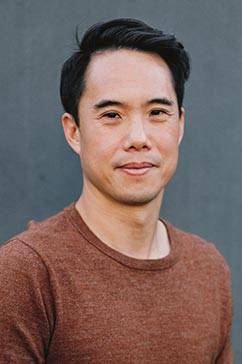 Charles Yu is the author of four books, including How to Live Safely in a Science Fictional Universe, which was a New York Times Notable Book as well as a Time magazine best book of the year. His writing has appeared in the New Yorker, New York Times, Wall Street Journal, and Wired, among others. His name appeared on the National Book Foundation's “5 Under 35” list, and he has been nominated for two Writers Guild of America awards for his work on the HBO series Westworld. He lives in California.

The author of The Dance of Identities: Korean Adult Adoptees Reflect Upon Their Identity Journeys, Professor John D. Palmer teaches social and cultural foundations of education courses in the Department of Education Studies. In his scholarship and teaching, he focuses on race and white supremacy; equity and social justice education and practice; and forgotten, isolated, and oppressed schools. Currently, he also directs the Office of Undergraduate Studies at Colgate.

Hans Benze is the Teaching and Research Support Technician and Laboratory Instructor in the Physics and Astronomy department at Colgate University. He received his BA at Macalester College and his MS in physics at Creighton University where he studied x-ray fluorescence. He designs, builds, and maintains laboratory equipment and demonstrations and he assists faculty and students with mechanical and electronic projects. Hans is also a lab instructor for first-year physics students.

Tell us what you think about Interior Chinatown

The question is: why is the Asian guy always dead?

Living Writers is put on by the Department of English at Colgate University with generous support from the Olive B. O'Connor Fund as well as the President and Provost/Dean of the Faculty. This event is co-sponsored by the Program in Asian Studies.